Please ensure Javascript is enabled for purposes of website accessibility
Log In Help Join The Motley Fool
Free Article Join Over 1 Million Premium Members And Get More In-Depth Stock Guidance and Research
By Keith Speights – Updated Apr 16, 2020 at 8:27AM

A short-seller says "no." But here's the rest of the story.

Grizzly Research published a scathing report about Innovative Industrial Properties (IIPR 4.48%) last week, asking if the cannabis-focused real estate investment trust is "the WeWork of Cannabis." The short-seller answered its own question, stating, "We think it's even worse!"

Usually, when a short-seller launches a public attack on a company, the company's shares fall. But IIP's share price actually increased after Grizzly Research released its report. IIP quickly responded to the Grizzly Research report, stating that it "contains numerous false and misleading statements about IIP and its Executive Chairman, Alan Gold," adding that the "report is flawed and demonstrates a fundamental misunderstanding of IIP's business model."

Is IIP a marijuana stock you wouldn't want to touch with a 10-foot pole? Or could IIP be a stock you should buy right now? 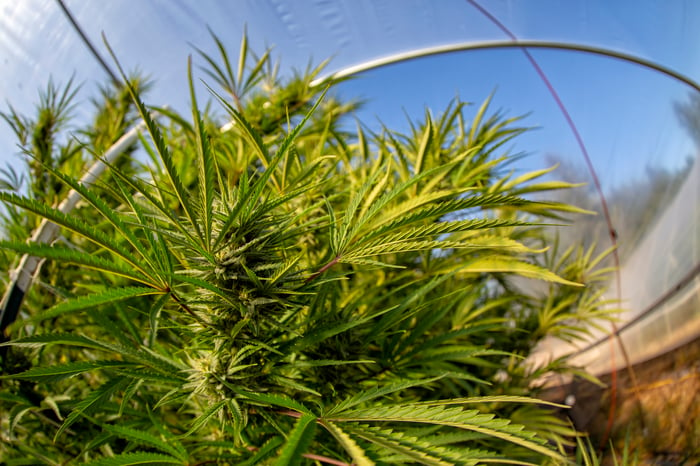 Grizzly Research wrote a 36-page report that can pretty much be summed up in one question: Is a significant amount of IIP's rental income in jeopardy? The short-seller thinks that the answer to this question is "yes."

IIP itself acknowledged in its annual regulatory filing to the SEC that it does face a key risk on this front. It stated that "the inability of any single tenant to make its lease payments could adversely affect our business and our ability to make distributions to our stockholders." The company also said, "Many of our existing tenants are, and we expect that many of our future tenants will be, start-up businesses and may be unable to pay rent with funds from operations or at all."

There's at least a grain of truth in Grizzly's allegation. IIP recently stated that one tenant in Los Angeles didn't pay its rent in the first two months of 2020. But is this a spark that's about to turn into a wildfire for IIP? Probably not.

IIP's biggest customer in terms of revenue is PharmaCann, a medical cannabis operator that generated 26% of the company's total rental revenue last year. PharmaCann leases five properties from IIP in Illinois, Massachusetts, New York, Ohio, and Pennsylvania. In recent weeks, the company has posted new job positions in at least three of these states, even with the negative impact of the COVID-19 outbreak. That's not a sign of impending doom.

Ascend Wellness generated nearly 12% of IIP's revenue last year with two properties leased in Illinois and Michigan. Both states have designated medical cannabis as an essential business. Although Ascend has had to adapt to the new realities of the coronavirus pandemic by shifting to online pre-ordering, the company already had around 70% of its business in Illinois stemming from online pre-orders.

In addition, IIP has signed more long-term leases in the first few months of 2020 that further diversify its business. These include deals with public companies that have relatively solid financial positions -- Cresco Labs and Green Thumb Industries.

Grizzly Research's report stated that IIP's actions "hint strongly at a Ponzi-like scheme." If that's the case, Alan Gold should go down as the dumbest Ponzi scheme operator in history. He owns around $28.5 million of IIP stock and has never sold a share since the company's IPO.

But Gold isn't dumb. His initial stake in IIP was worth only $4 million. It's soared more than sevenfold. IIP's revenue has skyrocketed more than 900% in less than three years. The company's dividend has grown by nearly 567% during the same period.

IIP is also highly profitable, delivering earnings of over $22 million last year on revenue of $44.7 million. The company has a manageable debt load of around $135 million and a nice cash stockpile totaling over $82 million at the end of 2019.

Innovative Industrial Properties could be too risky for some investors. But assessing the company's risk based on a short-seller seeking to profit from the stock's decline isn't the best move. If IIP's rent revenue is really in jeopardy, it will start to show on the company's quarterly reports. For now, there's no reason to think the company has a problem.

I think that IIP should be able to keep growing through its "rinse-and-repeat" strategy of investing in new medical cannabis properties. Its dividend yield of 5.3% is very attractive. My view is that IIP remains one of the top picks for investors looking for both growth and income.

Keith Speights has no position in any of the stocks mentioned. The Motley Fool owns shares of and recommends Cresco Labs Inc., Green Thumb Industries, and Innovative Industrial Properties. The Motley Fool has a disclosure policy.