The company is securing the bonds with its own park assets.

Amusement park and waterpark operator Six Flags Entertainment (SIX 4.71%) made a big splash today by announcing a major five-year bond offering. With its numerous parks and attractions closed for weeks by the COVID-19 coronavirus pandemic, the company is now seeking additional funding two weeks after it put a "poison pill" stockholder rights plan in place to shield itself from potential takeover attempts.

Initially, Six Flags privately offered senior secured notes in the amount of $665 million. Shortly thereafter, however, it upsized the bond offering by $60 million to $725 million. It revealed additional details at the same time, including the fact it's selling the bonds at 100% of their principal amount, with zero discount. The bonds are 7% notes and have a five-year maturity. 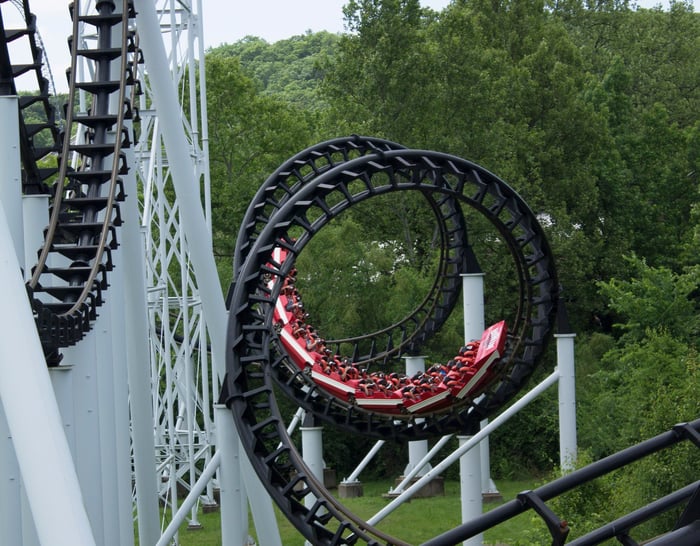 Six Flags slated the offering to close around April 22. The notes will be actually issued by the company's subsidiary, Six Flags Theme Parks, Inc., or SFTP, and the amusement park giant says security is provided "by a first priority security interest in substantially all of the assets of SFTP and the guarantors."

The company's lenders approved the bond offering and agreed to modify Six Flags' revolving credit terms to allow the issue. They also suspended some covenants otherwise binding on the company until the end of 2020. The company said in an SEC filing yesterday it will combine some of the funds with cash on hand to pay off $315 million of its short-term debts. It earmarked the rest of the money as working capital or for other business purposes.