Please ensure Javascript is enabled for purposes of website accessibility
Log In Help Join The Motley Fool
Free Article Join Over 1 Million Premium Members And Get More In-Depth Stock Guidance and Research
By Leo Sun – Apr 16, 2020 at 8:55AM

HP is losing ground to Lenovo and Dell as the PC market heats up again.

The COVID-19 crisis is sparking robust demand for PCs as more people work and study from home, but PC makers still can't produce enough units to meet it. The ongoing chip shortage at Intel (INTC -0.30%) and the disruption of supply chains in China throttled the global production of PCs, and the abrupt spike in demand exacerbated the shortage.

As a result, global PC shipments actually fell 8% annually in the first quarter, according to Canalys, marking the industry's worst first quarter since 2016. That's particularly bad news for HP (HPQ 0.08%), which had been counting on a turnaround in the PC market to offset its other woes.

HP's stock tumbled roughly 30% over the past two months, as the pandemic slammed markets and Xerox (XRX) abandoned its hostile takeover bid. Without Xerox's offer of $24 per share keeping the bulls engaged, HP's stock fell amid festering concerns about the company's PC and printing businesses.

Dashing the bulls' hopes for a recovery

The bulls likely hoped HP's PC business would generate accelerating revenue growth as more people worked from home. However, Canalys estimates HP's shipments declined 14% annually to 11.7 million as its market share dropped from 23.3% to 21.8% -- putting it in second place between Lenovo (LNVGY -1.41%) and Dell Technologies (DELL 0.06%).

In short, HP's top rivals aren't struggling as much with Intel's chip shortage and coronavirus-induced supply chain issues. Xerox's takeover bid likely distracted HP over the past few months, and CEO Enrique Lores -- the former printing unit chief, who succeeded CEO Dion Weisler in late 2019 -- might be struggling to keep pace with Lenovo, Dell, and others in the crowded PC market.

To fend off Xerox, HP adopted a poison pill plan and boosted its buyback plan by $5 billion to $15 billion. The prioritization of buybacks over the development of new PC and printing products was troubling, and indicated the company was running out of fresh ideas.

Is HP just off to a rough start?

At the end of February, HP expected its CPU shortages to persist in the first quarter as its other component prices rose sequentially -- which suggested its PC unit's revenue and margins could decline in its fiscal second quarter.

HP might merely be off to a rough start in 2020, but we should recall that former CEO Dion Weisler -- who led the company after its split with Hewlett-Packard Enterprise (HPE 0.25%) in 2015 -- previously led the personal systems business. 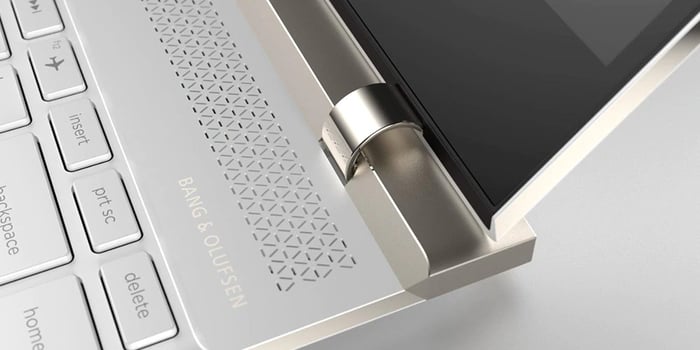 Under Weisler, HP pivoted away from low-end devices and produced pricier but more appealing devices like its Spectre and Omen laptops. Lores, who seems more interested in cutting costs and repurchasing shares, hasn't presented a clear roadmap for the future of HP's PC business yet.

HP's PC business should recover as Intel resolves its chip shortages and its supply chains come back online, but demand for new PCs could wane again as the pandemic ends and more people go back to work.

Canalys analyst Ishan Dutt warned "the spike in PC demand seen in Q1 is not likely to be sustained" and the "rest of the year looks less positive." Dutt also expects to see a "significant downturn in demand" in the second quarter.

Don't jump to conclusions yet

Canalys' first-quarter numbers don't look good for HP, but investors shouldn't jump to conclusions yet. HP's shipments might have accelerated in recent weeks after China eased its lockdown measures, and its fiscal second-quarter numbers might look better than Canalys' estimates. Nonetheless, investors should still consider this report to be another red flag for HP, which could face significant challenges as the global recession deepens.