Please ensure Javascript is enabled for purposes of website accessibility
Log In Help Join The Motley Fool
Free Article Join Over 1 Million Premium Members And Get More In-Depth Stock Guidance and Research
By Howard Smith – Apr 16, 2020 at 11:21AM

The company details its plans after taking financial support under the CARES Act.

United Airlines Holdings (UAL -4.01%) has issued a memo stating it was receiving $5 billion under the CARES Act, and detailing its plans moving forward. Under the federal program, $25 billion has been allocated to help support passenger airlines that seek assistance getting through the impacts from the ongoing pandemic.

Under the terms of the agreement, the airline will receive $3.5 billion in grants, and $1.5 billion in a low interest rate loan. It will additionally issue warrants for the federal government to purchase approximately 4.6 million shares of its common stock. The Payroll Support Program is meant to help the airlines maintain their staff, and United said it will honor the commitment to avoid any involuntary furloughs or salary rate reductions for U.S. employees through Sept. 30, 2020. 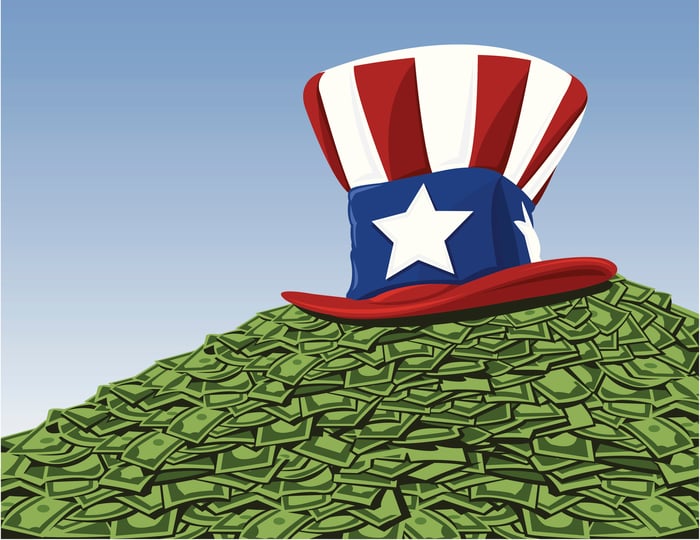 In its memo to employees, United said the aid would still not completely cover its payroll expenses. Additionally, non-payroll expenses make up 70% of total costs, it said. In a plan to continue cutting costs, the memo said it would be reducing its capacity in May by 90%, and expected to announce a similar schedule for June in the coming weeks.

While accepting the federal assistance will force the company to maintain employment and pay rates, it did say that the reduced flight schedules will impact employee hours worked. Further optional measures aimed to reduce payroll costs include voluntary leave and separation programs that will be offered in the next few weeks.

It told employees, "travel demand is essentially zero and shows no sign of improving in the near-term."