Rite Aid Corporation (RAD 0.46%) stock could be causing whiplash for investors this year. In less than five months, the pharmacy chain's shares have had eight double-digit-percentage swings. And now you can add another one to the list.

The company announced its fiscal 2020 fourth-quarter and full-year results before the market opened on Thursday. Rite Aid's shares promptly plunged more than 20%. Here's why investors didn't like the pharmacy retailer's Q4 update. 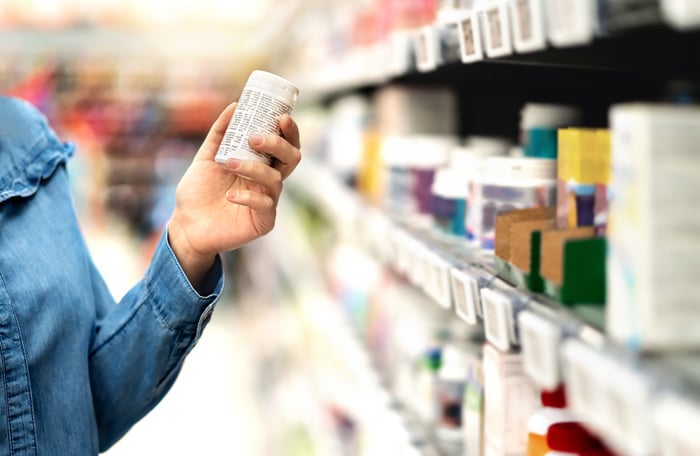 On a non-GAAP adjusted basis, Rite Aid's net loss from continuing operations in the fourth quarter was $19.8 million, or $0.37 per share. This represented a regression from the net loss of $13.3 million, or $0.25 per share, posted in the prior-year period. It also failed to meet analysts' average estimate of a Q4 net loss of $0.15 per share.

Rite Aid also benefited to a lesser extent from 0.6% year-over-year revenue growth in its retail pharmacy segment. The segment generated $3.99 billion in sales in the fourth quarter. Same-store sales from continuing operations rose 1.6% over the prior-year period. Pharmacy sales increased by 1.6% as the number of prescriptions filled jumped by 5%. Front-end same-store sales grew by only 0.1%, although excluding cigarette and tobacco products, the sales rose by 1.5%.

Rite Aid's bottom line deteriorated in the fourth quarter despite its revenue growth. The primary culprit was a significantly higher income tax expense.

The company announced in March that it expects full-year fiscal 2021 revenue between $22.5 billion and $22.9 billion, with a net loss between $91 million and $119 million. Rite Aid didn't change this guidance in its Q4 update.

Reimbursement rates are likely to continue to decline. The company probably won't be able to offset these declines with generic drug cost savings as much as it has in the past.