Please ensure Javascript is enabled for purposes of website accessibility
Log In Help Join The Motley Fool
Free Article Join Over 1 Million Premium Members And Get More In-Depth Stock Guidance and Research
By Lou Whiteman – Apr 17, 2020 at 9:57AM

The companies have to maintain service to all markets to qualify for bailout funds.

The United States Department of Transportation (USDOT) has denied requests by JetBlue Airways (JBLU 0.68%) and Spirit Airlines (SAVE -0.63%) to suspend service to certain markets, keeping in place requirements issued as part of the federal government's $50 billion bailout package to the industry.

In return for its support, the federal government has tried to make sure that the airlines maintain their networks and provide connectivity for their customers, but with traffic down 95% year over year, carriers have been looking to cut flights and preserve cash. In April, Spirit suspended service to its New York, New Jersey, and Connecticut destinations as the COVID-19 pandemic accelerated in the region. Sprit now must restore flights to those destinations.

Spirit and Jet Blue argued that larger airlines with greater resources are providing service to all markets and asked for relief from the requirements. 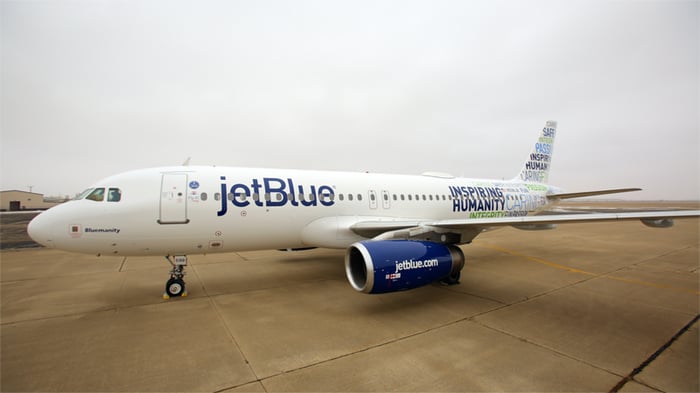 In its ruling, USDOT allowed the airlines to suspend service to Puerto Rico but largely kept the rest of the route maps in place, Reuters reports.

Airlines must maintain service to maintain eligibility to receive the government's $25 billion worth of  grants and loans designed to keep the industry afloat until travel demand returns. The airlines also must commit to no layoffs before Sept. 30.

Earlier this week, JetBlue earlier announced that it would receive $935 million from the program. As of Friday morning, however, Spirit is still in negotiations with government officials. It is possible that Spirit management concludes that given, the payroll support is only expected to fund a portion of total employee expenses through Sept. 30, the company is better off forgoing government assistance in favor of layoffs and schedule cuts.