Please ensure Javascript is enabled for purposes of website accessibility
Log In Help Join The Motley Fool
Free Article Join Over 1 Million Premium Members And Get More In-Depth Stock Guidance and Research
By Jennifer Saibil – Apr 17, 2020 at 10:45AM

Can Lisa Collier help bring the company back to retail success?

In the midst of what might be seen as a devastating time for sports apparel and footwear company Under Armour (UA 3.79%) (UAA 4.34%), the company has named Lisa Collier as the new chief product officer. She takes over for Kevin Eskridge, who is leaving the company.

Adding a new voice to management

Collier comes most recently from NYDJ (Not Your Daughters Jeans), where she was president and CEO from 2016 to 2019. Before that, she spent 13 years in various leadership roles at Levi Strauss and Co. after honing her retail management skills at other companies. Her main function at Under Armour will be to guide products, categories, merchandising, and design. 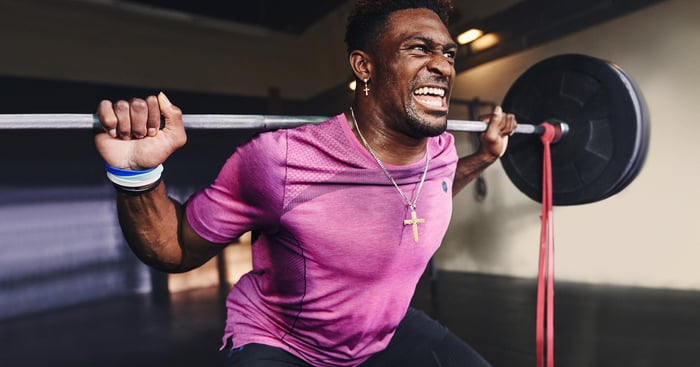 An image from Under Armour's "The Only Way Is Through" campaign. Image source: Under Armour.

"I look forward to joining Under Armour and working with a world-class team that will continue to advance the brand's legacy to create innovative and stylish products that help consumers meet their fitness goals," she said in a statement.

Under Armour's boat has been sinking over the past two years as North American sales continue to decline and the brand's status has shrunk with promotional activity.

Patrik Frisk became CEO in January, taking over for founder Kevin Plank. He joined the company in 2017 after leading shoe company Aldo as CEO.

The executive shakeup is another piece of a total company overhaul, which also includes a new slogan, "The only way is through," and several restructuring pieces to tighten operations and improve profitability.