The new payout will be dispensed on May 15.

In contrast to other publicly traded companies that have cut or even suspended their dividends, Ally Financial (ALLY 5.44%) is keeping its payout steady. The company announced Friday, in advance of its latest quarterly results, that it will hand out a fresh disbursement next month. This quarterly dividend of $0.19 per share matches the company's previous one and will be distributed on May 15 to shareholders of record as of May 1.

Since mid-2016, Ally has been a steady and consistent dividend payer, handing out a disbursement every quarter. At the start of this year, it raised that payout by 12% to the present level. 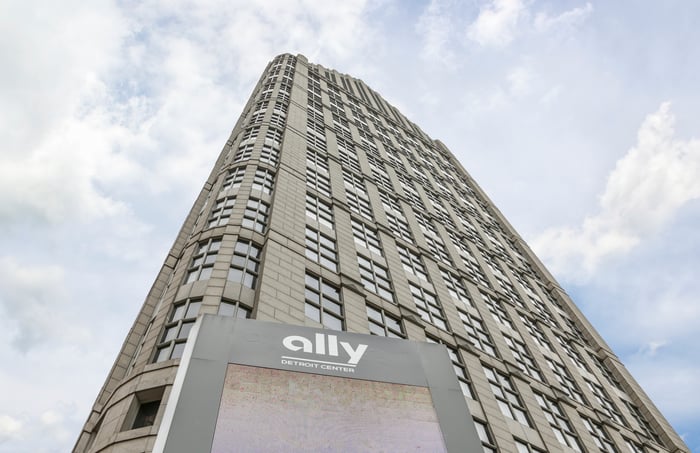 Although investors reacted well to the latest dividend news -- the bank's shares rose by over 13% on Friday, trouncing the gains of peer banks and the wider stock market  -- there are concerns about its proximate future.

It seems almost inevitable, given the SARS-CoV-2 coronavirus outbreak, that consumer demand for automobiles will soften considerably. Auto loans were the foundation of Ally's business and remain an important segment for the company. (It was formerly GMAC, the lending arm of General Motors.)

Even with the stock's price surge on Friday, its dividend yield is still comparatively generous at 4.9%.

Ally is scheduled to release its latest quarterly results this Monday, April 20, before the market opens. According to data compiled by Yahoo! Finance, analyst estimates vary widely; on average, the 13 prognosticators on record are anticipating a per-share non-GAAP (adjusted) net profit of $0.71, on revenue of roughly $1.6 billion. By comparison, those line items for the company's Q1 of fiscal 2019 were $0.80 and $1.6 billion, respectively.