Please ensure Javascript is enabled for purposes of website accessibility
Log In Help Join The Motley Fool
Free Article Join Over 1 Million Premium Members And Get More In-Depth Stock Guidance and Research
By Rich Smith – Apr 20, 2020 at 11:22AM

North Dakota plant closure due to coronavirus is a setback, not a disaster. 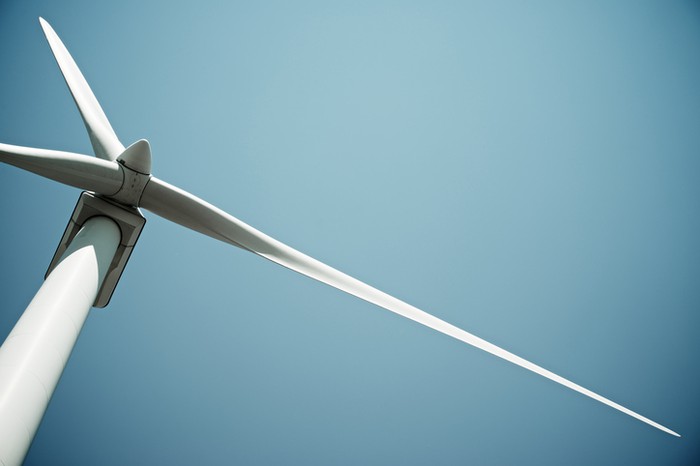 North Dakota governor Doug Burgum announced these results in a press briefing Sunday, explaining that about half the 900 workers at the plant had recently been tested for the novel coronavirus. Of these, 110 tested positive, implying an infection rate of about 1 in 4 workers.

At present, workers from this one single factory account for more than 20% of the infections so far recorded in the state.

The governor is ordering the plant closed "for at least two weeks," reports Reuters. A GE spokesman says that it will pay all its workers at the plant during the shutdown, and that it is disinfecting the plant in order to be able to "restart the plant safely" once the shutdown is over.

GE's LM Wind Power factory manufactures rotor blades for wind turbines, a crucial part of GE's $15.3 billion-a-year renewable energy business, which accounts for more than 16% of GE's annual revenues, according to data from S&P Global Market Intelligence. According to a GE website, it is one of only two such factories the company has in the continental U.S., and one of only three in all of North America.

That being said, the company does have several other wind rotor blade factories scattered around the world, including in Turkey, China, and Brazil. Presumably, those are able to pick up the slack while the North Dakota plant is idled, especially if global demand has been reduced at all by the coronavirus. Therefore, I consider today's news a setback for GE's renewable energy business, not a disaster.