Please ensure Javascript is enabled for purposes of website accessibility
Log In Help Join The Motley Fool
Free Article Join Over 1 Million Premium Members And Get More In-Depth Stock Guidance and Research
By Nicholas Rossolillo – Apr 21, 2020 at 7:15AM

Real estate, and the companies that own it, can slide into bargain status during economic downturns.

In recent years, I've mostly steered clear of investments in the real estate industry. Sure, I've nibbled here and there on some publicly traded real estate investment trusts (REITs), but the asset class remains a meager 1% of my portfolio. I was hearing too many investors gush with enthusiasm about how "real estate never loses value" and "it's a no-brainer investment," with the ultimate pitch being for a highly illiquid fixed asset that yielded less than 3% a year. The last time I heard sweeping statements like that was 2007.

But now, with the economy heading into a recession that is already wreaking havoc on the sector, I'm changing my tune. It's not that I dislike real estate, but when it comes to investing in assets for their income-generating potential, the price you pay up front is critical. And prices today are looking attractive.

In publicly traded REITs, where price declines tend to precede the slides of less-liquid real estate assets (because you can buy into and sell out of a REIT stock with the click of a button), the pain has arrived already. While they have not yet experienced nearly as big a drop as they did during the extended fall of the Great Recession, the drop in value during March 2020 is nonetheless something to behold. Valuations are starting to look quite inexpensive, and yields have been pushed higher. 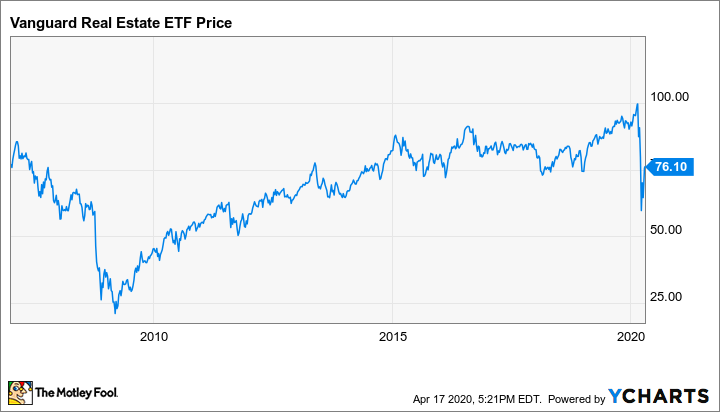 If income generation is your game and you'd also like the potential for a little capital appreciation along the way, your timing need not be perfect. History suggests the time to start buying is now. I've already talked extensively about one of my favorite REITs, STORE Capital (NYSE: STOR). With the news around them terrible and the outlook incredibly gloomy, I'm adding two more to my buy list: Welltower (WELL -3.61%) and Public Storage (PSA -1.14%).

It goes without saying that owning real estate is a very different animal than owning a piece of a business via a stock. However, its viability as an investment is still governed by the good old rules of supply and demand. The value of a real estate investment is created by the yield it generates from income (in most cases, rent payments) and the relative scarcity of similar assets.

With that in mind, let's consider Welltower and Public Storage.

Welltower is a leading owner of senior housing and long-term care facilities. With populations in the developed world skewing older, the need for assisted care has increased. Based on data compiled by the U.S. Census Bureau, the elderly demographic is expected to keep growing as a proportion of the population for several more decades.

I certainly don't mean to come across as callous, but it's a fact that as we and our relatives get older, access to quality elder care becomes increasingly important to us. And though the coronavirus pandemic is causing tragic problems at many long-term care facilities, that will not change the growing need for such facilities over the next several decades.

Welltower is certainly facing some headwinds. Total occupancy in its senior housing portfolio fell from 85.4% at the end of March to 84.2% in mid-April, and further declines are expected. Operating expenses are also rising sharply as the company reported it is providing extra personal protective equipment and paying staff extra in its efforts to fight the spread of COVID-19 in its facilities. As of this writing, shares of the healthcare REIT are down 40% year to date.

However, the company said in its last update it still had access to $3.5 billion in liquidity if needed, and its debt-to-equity ratio remained one of the lowest in its peer group at just 0.43. The REIT is also trading for 11.8 times 2019 funds from operations (or FFO, the real estate world's equivalent to earnings), and is yielding 7.4%. My interest is now piqued.

From 2010 to 2019, annual revenue in the U.S. self-storage industry increased by 50% to $39.5 billion, according to researcher IBISWorld. Over 1.7 billion square feet of rentable storage space was available, and in spite of a boom in construction of new facilities, the average self-storage facility was 92% occupied at the end of last year. While that will surely drop in the coming quarters as many households and businesses look to cut down on their expenses, American's demand for extra space has thus far been insatiable. 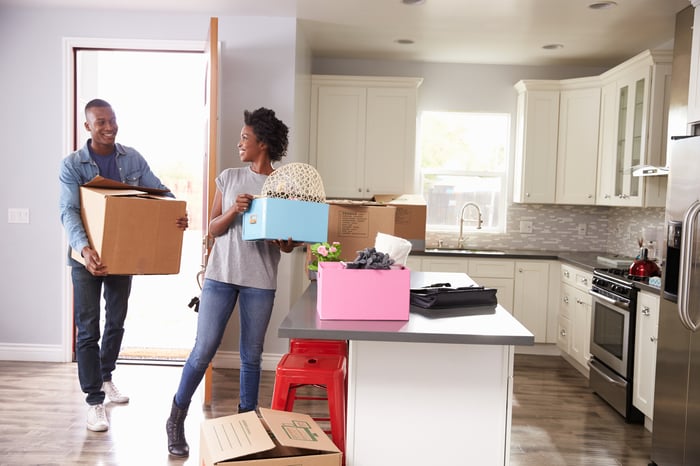 Self-storage is, for the most part, a small-business endeavor -- 73% of facilities are owned by small operators. During times of economic distress, though, access to ample liquidity is one of the most valuable assets a business can have, and as the largest operator, Public Storage definitely has that going for it. At the end of 2019, its total debt was just $1.9 billion, while it had $410 million in cash and cash equivalents on its books. With an incredibly low debt-to-equity ratio of just 0.05, it is far less leveraged than its largest peers.

Public Storage's average occupancy rate in 2019 was 93.5%, indicative of its focus on maintaining a high level of profitability rather than pursuing growth at any cost -- a common fault among players in this industry. And while its occupancy rate will no doubt begin to head south just like its competitors', Public Storage is in a prime financial position to start making deals and acquiring profitable properties when the price is right.

Nevertheless, in spite of its very strong balance sheet, Public Storage's share price is down so far in 2020 -- although only down 8% as of this writing. With shares trading at 18.5 times 2019 FFO and yielding 4.1%, I'm ready to start acquiring shares of this high-quality storage industry leader.