The new film, set to shoot when the COVID-19 crisis ends, is based on a new Suzanne Collins book and will reunite most of the original creative team.

Mini-major movie studio Lionsgate (LGF-A 4.31%) (LGF-B 5.47%) is working up a prequel to the Hunger Games movie franchise. The prequel will be based on a new Suzanne Collins novel set in the Hunger Games world and will reunite the same creative team that drove the original four-movie series.

Collins' new book, titled The Ballad of Songbirds and Snake, is scheduled to hit bookstores and online booksellers on May 19. It tells the story of Coriolanus Snow as a teenager, long before he grew into the President of Panem and the principal antagonist of the existing Hunger Games series.

The film version will bring back director Francis Lawrence, producer Nina Jacobson, and Oscar-winning screenplay scribe Michael Arndt, all of whom have worked on Hunger Games titles before. Collins will also serve up a film treatment to guide Arndt's screenwriting efforts. 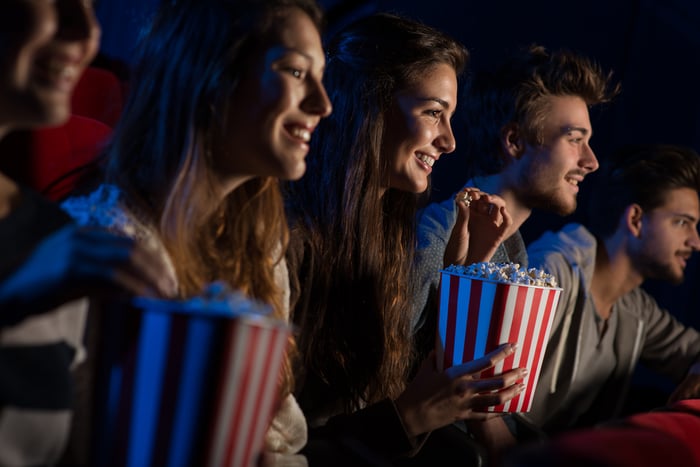 The Hunger Games book trilogy was developed into four movies, which collected a total of $1.45 billion in domestic ticket sales and almost $3 billion worldwide. There's no official word on the casting process quite yet, but Lionsgate has a history of giving fairly fresh names a shot at star-making roles and the characters skew to the younger side. Expect a handful of established stars but a core cast of young and mostly unknown actors.

Fans haven't seen any new material since 2015, so both the book and movie should find a hungry audience right away. Lionsgate should start the physical filming once the coronavirus restrictions are lifted, and the company could use a surefire hit these days. Revenue have trended sideways since the end of 2018 while share prices fell 56% lower.