Please ensure Javascript is enabled for purposes of website accessibility
Log In Help Join The Motley Fool
Free Article Join Over 1 Million Premium Members And Get More In-Depth Stock Guidance and Research
By Keith Speights – Apr 21, 2020 at 6:05AM

There are three solid reasons for some optimism despite the headwinds the Canadian cannabis producer currently faces.

This year brought the quietest 4/20 Day in a long time. There were no festive celebrations involving lots of people throughout the U.S. and Canada because of the coronavirus pandemic. And the biggest pure-play cannabis company in the world, Canopy Growth (CGC 4.41%), was worth roughly less than one-third of its peak market cap in early 2019, shortly after the launch of Canada's adult-use recreational marijuana market.

But it's a pretty good bet that there'll be more raucous 4/20 Day festivities as the new decade moves forward. I think that the chances are also pretty good that Canopy Growth will see brighter days. Here are three reasons Canopy Growth could bounce back in a big way over the next couple of years. 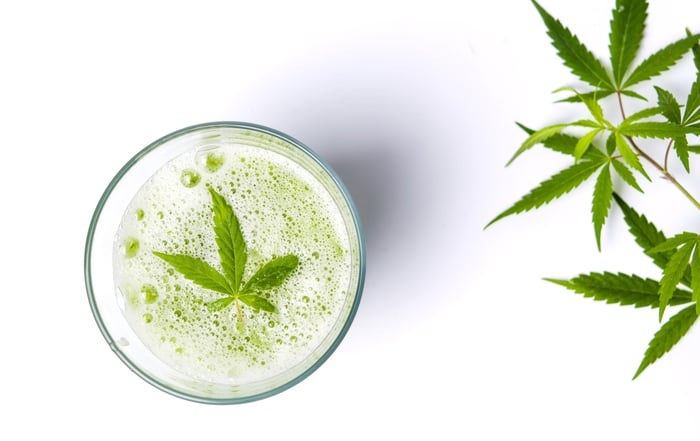 The biggest knock against Canopy Growth in the past is that the company has spent money like crazy. This rampant spending ultimately led to founder Bruce Linton losing his job. However, it also led to Canopy hiring former Constellation Brands (STZ -2.25%) CFO David Klein as its new CEO.

Klein's first quarterly conference call as Canopy Growth's leader was in February. He said then that one of his top priorities was "to define a very visible path to profitability and positive cash flow." Klein added, "This means we need to align our resources and investments with the size and growth rate of the market as it exists today."

It didn't take long for Klein to begin implementing greater fiscal discipline. Last week, Canopy Growth announced that it was slashing global operations in five countries, including withdrawing from its cannabis operations in Lesotho and South Africa.

While pulling back might seem like a negative, it actually should be a good thing for Canopy over the long run. As the company continues to closely evaluate where and how it invests capital, I expect that that "very visible path to profitability and positive cash flow" that David Klein promised will emerge. And when Canopy has a clear target for achieving profitability, my hunch is that investors will pile back into the stock.

One of the most significant hurdles for Canopy Growth and for its peers in the past has been the lack of enough retail cannabis stores, especially in Ontario, which is Canada's most heavily populated province. The COVID-19 outbreak made the retail situation for Canopy even worse, with the company closing its company-owned Tokyo Smoke and Tweed retail stores temporarily.

The operative word, though, is "temporarily." Canopy will reopen its retail cannabis stores in the not-too-distant future. In the meantime, Canadian customers can purchase its adult-use cannabis products online.

Ontario has also committed to issuing more licenses for retail cannabis stores. Although the coronavirus pandemic is preventing new stores from opening right now, it's only a matter of time before the retail picture for the Canadian cannabis industry looks a lot better. As the retail environment improves, I expect that it will serve as a solid catalyst for Canopy Growth as well as for other top Canadian marijuana stocks.

Some call it "Cannabis 2.0." Others refer to it as "Rec 2.0." Whatever term you want to use, the cannabis derivatives market in Canada should be a huge opportunity for Canopy Growth.

Granted, it's an opportunity that, like a lot of things, is largely on pause due to the COVID-19 crisis. However, I fully expect Canopy to make a boatload of money over the long run selling its cannabis derivatives products. And I think it the new market will provide a shot in the arm for Canopy's share price, possibly as soon as the second half of this year.

Canopy Growth is competing with several others in marketing cannabis-infused chocolates. The company could pioneer a new category, though, with its cannabis-infused beverages. Bill Newland, CEO of Constellation Brands, Canopy's partner and largest shareholder, recently stated that the new beverage products are "game-changers."

Plus one wild card

There's also one possibility that's still on the table that would be absolutely huge for Canopy Growth. I wouldn't completely rule out the prospects for the U.S. changing federal regulations that prohibit legal marijuana sales.

The main obstacle to changes to federal marijuana laws has been Senate Majority Leader Mitch McConnell's opposition. But the recession that's likely to result from the COVID-19 response could change the political dynamics somewhat. It's possible that the U.S. Senate could flip to a Democratic Party majority.

If that happens, legislation to allow states to make their own decisions about marijuana legalization could pass both chambers of the U.S. Congress. Although neither President Trump nor the apparent Democratic presidential nominee Joe Biden are fans of marijuana legalization, it wouldn't be surprising if whoever wins the November election would ultimately sign a bill to leave cannabis decisions up to individual states if the legislation gains widespread bipartisan support.

Thanks to its option to buy U.S.-based Acreage Holdings, Canopy Growth would be a big winner if this scenario unfolds. Even if this wild card doesn't materialize, I think the prospects of a big rebound for Canopy Growth are pretty good.

Having said that, my view is that Constellation Brands is still the better pick for investors. Constellation benefits if Canopy Growth prospers but should still perform well regardless with its strong premium beer brands.