About 180,000 of its employees are now working remotely; the bank expects their transition back to working on-site to happen in stages.

According to an internal JPMorgan Chase (JPM 1.28%) memo obtained by Reuters, the giant bank is crafting a plan to begin gradually bringing its considerable workforce -- which numbers around 200,000 souls -- back into the workplace.

This makes it the first of the Big Four banks to acknowledge it is putting a back-to-the-office strategy in place.

Of those 200,000 or so employees, roughly 180,000 are currently working from home in accordance with guidelines set by various governments and health authorities. However, a number of critical functions for the bank -- such as securities trading and IT tasks -- are significantly more difficult to perform in remote-work situations. 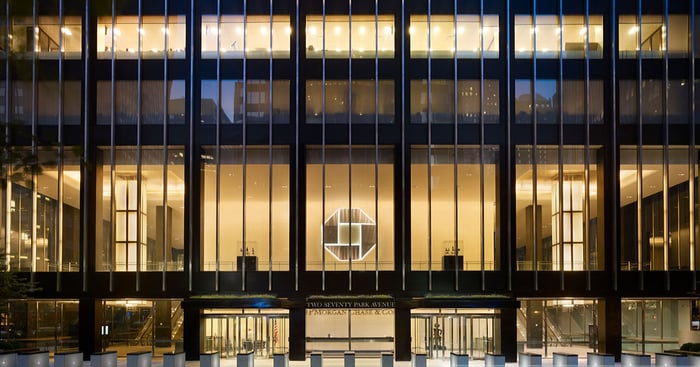 The company plans to bring its army back into the office in stages, although it has not yet firmed up the particulars of the process.

In a memo to employees drafted by its operating committee, JPMorgan Chase wrote: "Two considerations are paramount as we plan for this across the firm: We want to do it at the right time -- which may differ by region, country and state -- and in a manner that prioritizes your health and safety."

The bank has been functioning essentially with work-from-home labor for five weeks. Prior to that, as the looming threat of the coronavirus was becoming more obvious, the bank had encouraged its managers to permit employees to voluntarily work remotely. Like other major financial sector companies, JPMorgan Chase is headquartered in New York City, which has been particularly hard-hit by the coronavirus pandemic.

On Wednesday, shares of JPMorgan Chase rose marginally, lagging behind the gains of the broader equities market.