Please ensure Javascript is enabled for purposes of website accessibility
Log In Help Join The Motley Fool
Free Article Join Over 1 Million Premium Members And Get More In-Depth Stock Guidance and Research
By Daniel Vena - Apr 22, 2020 at 11:16AM

Even the loftiest growth estimates were too conservative.

Netflix (NFLX 2.72%) reported earnings after the market close on Tuesday, and the all-important subscriber acquisitions far exceeded even the most bullish forecasts. Before the COVID-19 pandemic marched across the globe, Netflix had guided for 7 million new paying members. As the number of lockdowns and stay-at-home orders increased, however, so did analysts' growth estimates, with some exceeding 10 million. Even that wasn't enough.

The streaming pioneer added a record 15.77 million new monthly subscribers, up nearly 23% year over year, bringing its global total to 182.86 million. Domestic growth -- which had recently stagnated -- was reignited by those looking for in-home entertainment, climbing 23% to 2.31 million subscribers, or four times the net additions from Q4. Average revenue per user (ARPU) also rose, increasing by 8%. 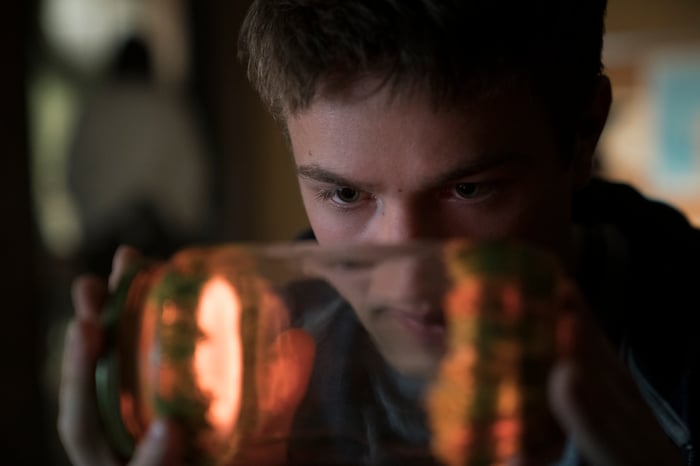 The report wasn't all sunshine and roses. Revenue of $5.77 billion grew 28% year over year, barely edging out management's previously issued forecast. Considering the size of the subscriber beat, revenue growth was lower than many expected, but a foreign currency exchange headwind impacted results to the tune of $115 million.

Diluted earnings per share (EPS) of $1.57 were less than the $1.66 the company forecast, but Netflix incurred $218 million in incremental costs related to shutting down all of its productions, which included $150 million in funds pledged to support workers laid off due to coronavirus. These additional expenses resulted in a 3.8-percentage-point negative impact on Netflix's operating margin, which came in at 16.2%, missing its forecast of 18%.

Netflix did its best to dampen euphoria related to its massive subscriber beat. Management said that the strong additions during the quarter likely pulled forward growth that would have happened in future quarters, and some viewers would cancel once stay-at-home orders were lifted.