Please ensure Javascript is enabled for purposes of website accessibility
Log In Help Join The Motley Fool
Free Article Join Over 1 Million Premium Members And Get More In-Depth Stock Guidance and Research
By Keith Speights – Apr 22, 2020 at 10:18AM

Shares of Biogen (BIIB 0.22%) were sinking 10.5% as of 10:59 a.m. EDT on Wednesday. The big drop came after the biotech announced in its first-quarter earnings update that it was delaying the filing for U.S. regulatory approval of aducanumab in treating Alzheimer's disease.

Biogen stated in October 2019 that it planned to file for approval of aducanumab in early 2020. Now, however, the company expects to complete its Food and Drug Administration filing in the third quarter of this year.

Any pipeline or regulatory delay is bad news for a biotech stock. But the postponement of filing for approval of aducanumab is especially concerning for Biogen. Much of the company's potential growth prospects ride on success for the experimental Alzheimer's drug. 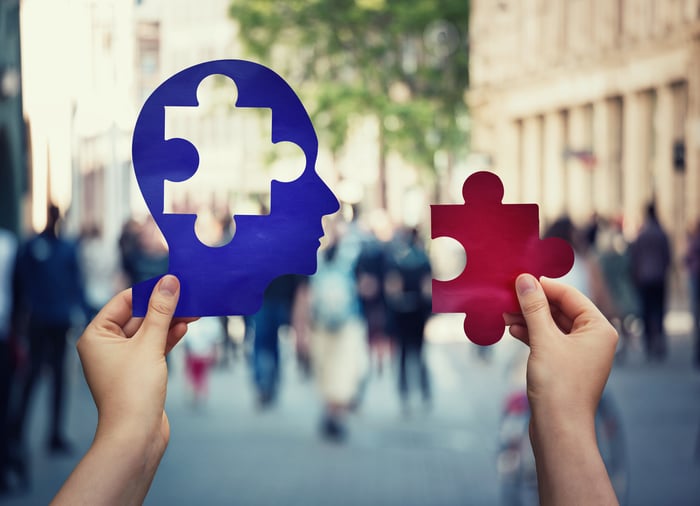 Biogen's multiple sclerosis franchise is losing momentum, and stiff competition for its spinal muscular atrophy drug Spinraza could be only months away if Roche Holdings' risdiplam wins FDA approval. Biogen sorely needs a win for aducanumab.

It's a wonder that success is even still a possibility for the Alzheimer's drug. Biogen seemingly threw in the towel in March 2019 after the drug flopped in a late-stage clinical study. However, the biotech came back several months later and said that additional analysis showed that aducanumab reduced levels of amyloid in the brain and reduced clinical decline in patients with Alzheimer's disease.

There's now a longer waiting game for investors than there was before to see what will happen with aducanumab. The delay in regulatory filing doesn't necessarily lower the chances of FDA approval. But it definitely underscores the high level of risk that Biogen faces.