The move is the first step away from the total closure of its retail locations.

Lifestyle apparel retailer American Eagle Outfitters (AEO -3.58%) fired off a pair of SEC Current Report filings today, announcing the start of curbside pickup at their stores, detailing their cost-cutting moves, and increasing yesterday's bond offering. The moves are additional steps the company is taking to weather the economic storms caused by the COVID-19 coronavirus pandemic.

American Eagle says it will start offering curbside pickup of purchases next Monday, April 27, allowing customers to buy in-stock clothing and get it the same day without actually entering the closed retail stores. The company shuttered its brick-and-mortar locations on March 17, meaning they will have been closed for 41 days when the curbside pickup service begins after the weekend. 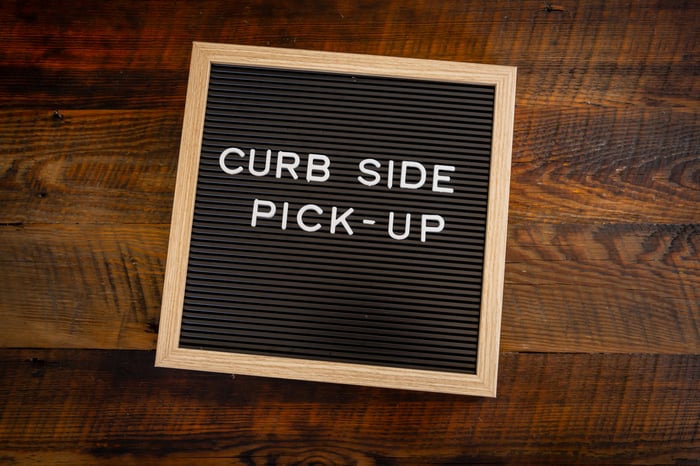 The report goes on to describe how American Eagle has seen strong growth in its digital sector. Digital purchases are now beating the company's own predictions, even though this segment already accounted for 29% of its sales last year, before the coronavirus outbreak began. The retailer also points out that it has improved its ability to survive the downturn by furloughing employees, deferring dividends, reducing its inventory and capital expenditures, and drawing down $330 million in revolving credit to bring its current cash position to roughly $490 million.

American Eagle's second filing of the day related to its plans for a $400 million bond offering, originally announced yesterday. Today, according to the latest Form 8-K, it's amending the offering to give initial purchasers the option to buy up to $60 million more in bonds, while raising the possible total issue to $500 million. The new bonds are seemingly identical to the original issue, including the same 2025 maturity date.