Shares of apparel retailer American Eagle Outfitters (AEO 4.85%) were falling on Wednesday after the company said it plans to raise $400 million via a new debt offering to private investors and gave an update on its current condition.

In a regulatory filing on Wednesday morning, American Eagle said its customer traffic and sales have fallen sharply since the beginning of March, as consumers and local governments reacted to the outbreak of the COVID-19 virus. 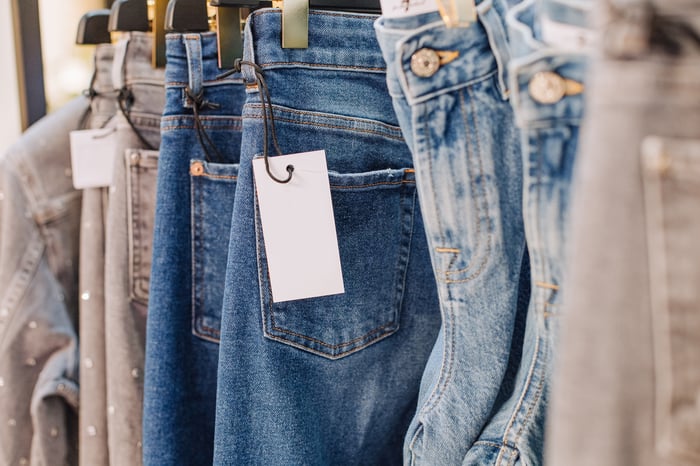 American Eagle said it's tapping inventories at its closed stores to fill online orders. And while it didn't say to what extent online sales were offsetting lost revenue from physical stores, it did note that online sales generated 29% of its revenue in 2019 and online sales growth has accelerated "significantly" since it closed its physical stores on March 17.

That seems like somewhat reassuring news under the circumstances. However, investors may have been rattled by the company's other news on Wednesday morning: The company is raising $400 million.

Specifically, American Eagle said it plans to sell $400 million in new convertible senior notes to institutional investors. These are unsecured notes -- meaning there's no collateral -- that will mature in 2025, unless the holders choose to convert them to American Eagle stock.

(We don't yet know the yield or the conversion price. Those details are typically released when the offering is priced, which hasn't happened yet.)

American Eagle's balance sheet wasn't in bad shape before the coronavirus outbreak. The company had $417 million in cash -- and no debt -- as of the end of its last quarter, and it has already drawn down an additional $330 million from its lines of credit. It said on Wednesday that it has enough cash to hold out through the end of its 2020 fiscal year (in early February, 2021), even if its stores remain closed until then.

The new debt issue will bolster that balance sheet further and should make investors more confident that the company can survive an extended period of store closures. But on the other hand, its formerly debt-free balance sheet will soon be burdened with close to a billion dollars in new debt. While American Eagle looks likely to survive, it -- and many other consumer discretionary stocks -- will have a lot of work to do to recover later on.