Please ensure Javascript is enabled for purposes of website accessibility
Log In Help Join The Motley Fool
Free Article Join Over 1 Million Premium Members And Get More In-Depth Stock Guidance and Research
By Jennifer Saibil - Apr 22, 2020 at 8:30AM

When the quarterly reports start arriving this week, the question that struggling chains will need to answer most will concern their fiscal stamina.

While sales are surging at some retailers such as Walmart and Target as U.S. consumers stock up on stay-at-home staples, a larger share of chains have had to close up shop or turn their focus to e-commerce. And for some of those, the digital channel has up till now been a small part of the revenue picture. For them, the COVID-19 pandemic means revenue will slow precipitously, and for the worst hit, drop close to or at zero.

Between those extremes sit a large number of companies that are in the middle of a rough ride, but it's likely that they'll make it through the coronavirus shutdowns intact, as long as they have enough cash on hand to stay afloat until consumer spending gets back to something close to normal. That's why the one metric for investors to watch when it comes to retailers this earnings season is liquidity.

In financial terms, liquidity measures how much cash a company has compared to its outstanding short-term debt. 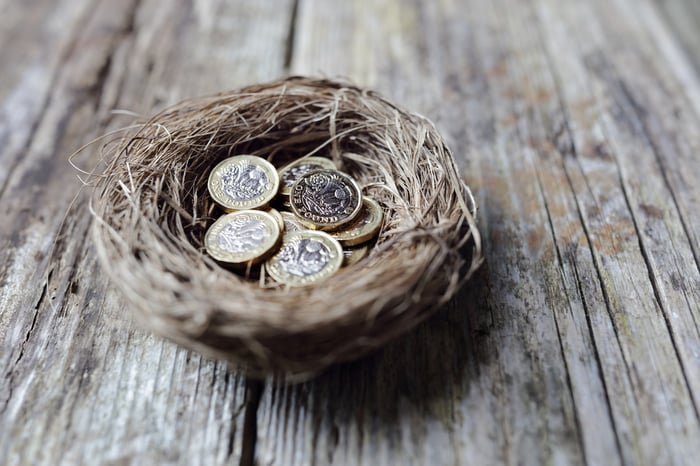 Today, many companies are either not operating their businesses at all or operating them under sub-optimal conditions. Thus, they either have no revenue coming in or far less than normal. However, they still may have debts that are due or coming due in the near future, and they continue to incur expenses. It is precisely for such "rainy day" situations that well-run companies keep large stashes of free cash on the books. And now that it's pouring, we're about to find out which ones have enough.

How to get more cash

Since the coronavirus crash began, many retailers have taken measures to improve their cash positions (and keep their shareholders' confidence steady). Some of these measures are:

For example, American Eagle Outfitters (AEO 3.13%) has closed all its stores, suspended share repurchases and deferred its first-quarter dividend payment. It has also furloughed store workers, cut inventory receipts, and decreased capital expenditures. Previously, it drew down $330 million from its credit facilities, even though it began the quarter with $417 million in cash and no debt.

All of those moves should boost investors' confidence that the company won't go bankrupt before it has a chance to reopen stores.

Other ways to frame it

There are several metrics that can demonstrate a company's short-term solvency -- which translates now into their ability to stay afloat through this phase of the COVID-19 crisis. Two of the most common are the current ratio, which measures the degree to which current assets cover current liabilities, and the quick ratio, which narrows the question to how well liquid assets cover current liabilities.

Consider Skechers (SKX 0.53%), which will report first-quarter earnings on Thursday. This is how it started the quarter.

It began pretty comfortably, with more than enough short-term assets to cover short-term debt, and even restricting the company to its most liquid assets, it can handle a short-term disaster. Investors should take a look at where these numbers stand when the first-quarter report is released this week to assess how well it was able to cover its debts and expenses, and how much cash it had left to start the second quarter -- a period when governments may start allowing normal economic activity to resume.