Passengers are receiving enhanced credit or can choose a full refund.

With the novel coronavirus still making waves in the business world, two of Carnival's (CCL 1.16%) subsidiary cruise lines announced that they won't set sail again until August 1 at the earliest. Cunard and P&O Cruises were originally planning to stay shut down until May 15, but now say the postponement of fresh voyages will continue through July 31 because of official warnings about the COVID-19 hazards associated with travel.

Cunard's April 23 press release contains even worse news for people hankering to get away to the coasts and rivers of Alaska. The statement says that "the entire Alaska season" is canceled and all departures of the vessel Queen Elizabeth are halted through Sept. 8 of this year. 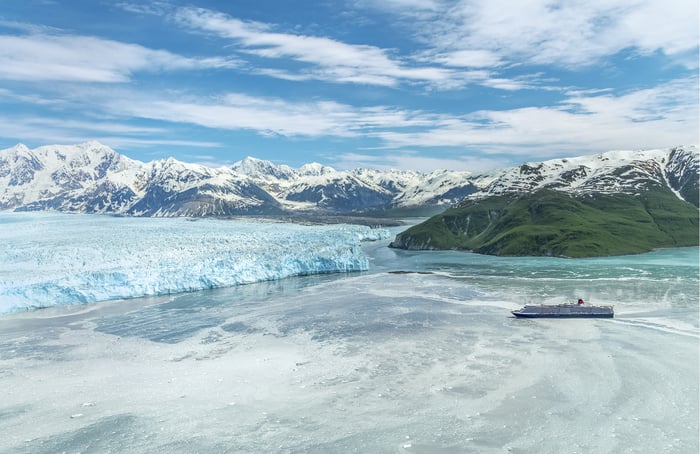 Cunard, a storied cruise line with almost two centuries of passenger-ship history, says that people who had cruises booked during the cancelation period have two options. They can receive a full refund or opt for a 125% "future cruise credits," effectively allowing them to upgrade their cruise arrangements or even pick a longer cruise when the ships start plying the waves again.

For their part, Carnival's British subsidiary P&O Cruises is also offering a 125% cruise credit toward future bookings. Passengers don't need to take any actions in order to receive this credit, which will be applied automatically to their accounts. The credits can be used for any voyage up to March 2022, though P&O notes that the bookings are filling up fast and urges people to use their credits as soon as possible.

Carnival and other cruise lines have taken a major revenue hit from the pandemic. However, CEO Arnold Donald claims that the company has enough reserve cash to ride out the rest of 2020 without additional sales, if necessary.