The plant-based meat alternative company has been on a week-long tear.

The plant-based meat alternative company got a major boost for global expansion opportunities after Starbucks (SBUX -0.62%) announced earlier this week it would introduce Beyond Meat products to its menu in China. Starbucks has reopened nearly all of its restaurants in China after the COVID-19 outbreak temporarily closed the locations. 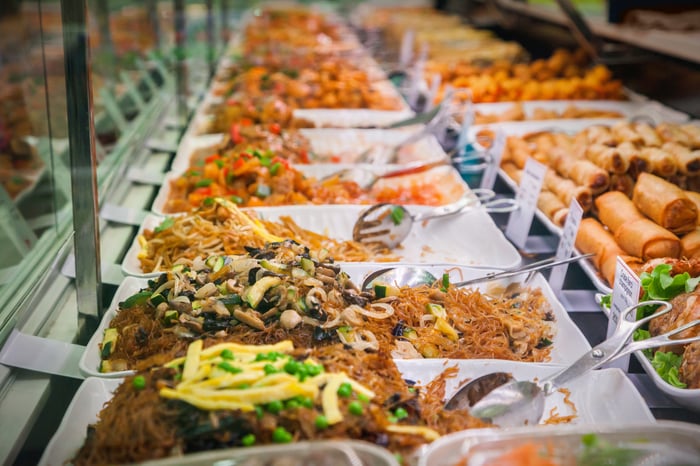 That news was followed by Beyond Meat's announcement yesterday after the market closed that it had entered into the new five-year secured revolving credit facility that included an accordion feature for up to an additional $200 million in financing.

While other businesses are drawing down their credit lines just to remain viable throughout the coronavirus pandemic, Beyond Meat is gaining access to funds for new growth initiatives, and the deal with Starbucks achieved CEO Ethan Brown's stated goal to enter China in 2020.

In announcing the new round of funding, CFO Mark Nelson noted that the plant-based meat substitute company has a solid existing foundation of cash and liquidity position, but the new credit line gives it "terms that will provide Beyond Meat with a greater amount of financial flexibility and better position the company for long-term success."

Shares of Beyond Meat have risen 30% so far this week.