The situation grows more complex even as $310 billion more in PPP funds are in the pipeline.

Following confusion over which businesses qualify for COVID-19 emergency loans under the Paycheck Protection Program (PPP), Ruth's Hospitality Group (RUTH -0.91%) and Shake Shack (SHAK 0.12%) are returning their loans. However, according to a CNBC report, at least half a dozen other publicly traded companies are refusing Small Business Administration (SBA) instructions to return the funds they received, and dozens more are still debating whether to comply.

Shake Shack returned the $10 million it borrowed from the PPP even before the SBA took action. Ruth's Hospitality, parent company of the Ruth's Chris Steak House chain and other brands, immediately agreed to give back their $20 million after the SBA said yesterday that publicly traded companies should do so. 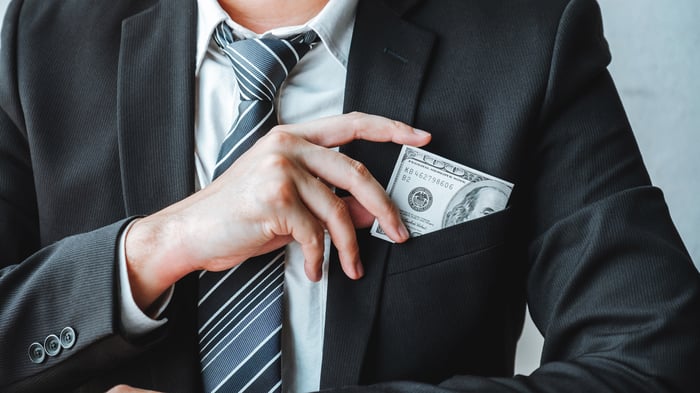 The Treasury Department declared that publicly traded companies that received PPP loans but that repay them "in full by May 7, 2020 will be deemed by SBA to have made the required certification in good faith." Treasury Secretary Steven Mnuchin additionally warned during a White House briefing "there are severe consequences for people who don't attest properly to this certification."

Nevertheless, six companies contacted by NBC proclaimed that they would not give back the PPP funds, and approximately 30 others either said they hadn't yet decided or remained silent. Describing the Treasury Department's response as "a knee-jerk reaction to Shake Shack" and remarking the guidelines determine qualification "in a crude manner," Digimarc Corp. (DMRC 0.09%) CEO Bruce Davis stated, "The notion that we're a big tech company with access to big capital is flawed" and that giving back the PPP funds "would be breaching fiduciary duty."

Digimarc has a total of 215 employees and earns approximately $23 million yearly.