The credit card issuer has been cast off by investors, but its stock could be a long-term bargain.

Buying into any kind of financial company is tricky right now. While many such stocks have seen their share prices decline significantly more than the market, no one knows exactly what the COVID-19 recession will look like, how long it will last, or how government stimulus actions could affect the outcome.

The market plunge has been especially felt by credit card issuers such as Discover Financial Services, whose stock is down a whopping 58% since the beginning of the year. 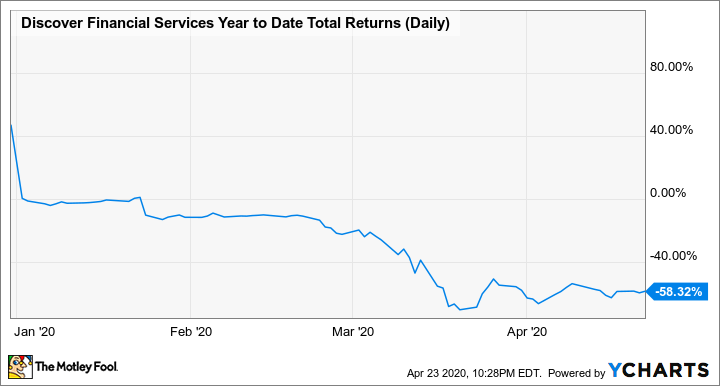 Credit card loans are unsecured, which means they aren't backed by physical collateral. That gives them the perception of being riskier than other lower-interest loans against homes, cars, or office buildings.

Nevertheless, Discover was able to weather the global financial crisis of 2008 and come out strong on the other side. What's more, Discover's management recently listed all the ways the company is in an even stronger position heading into the 2020 crisis. 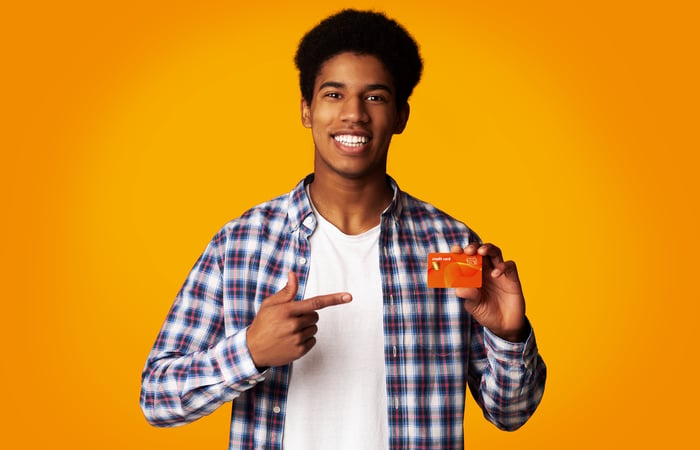 Discover took a small loss per share of $0.25 in the quarter, as it set aside an extra $1 billion dollars for loan losses over the provision taken a year ago. Though net interest income increased by 4% and non-interest income grew 7%, the provisions were enough to completely offset profits. In addition, Discover had previously planned to increase its brand marketing for the year, and that led to higher operating expenses. Obviously, those investments are now being dialed down, as management guided for $400 million in lower operating expenses for the rest of the year.

Speaking on the conference call with analysts, management said the increased provisions assume more than 9% unemployment this year, with a slow recovery through 2022. That's about in line, though a little less severe, than the recession of 2008–2009, in which unemployment reached a high of 10% in October 2009.

How Discover is better positioned than it was in 2008

Management made the case for the safety of Discover's business by comparing today's company to that of 2007, on the eve on the last financial crisis.

First, thanks to Dodd-Frank regulations implemented after the Great Recession, Discover has ample capital levels, with a Common Equity Tier 1 ratio of 11.3% to the firm's assets. So, its balance sheet is in good shape.

Second, the proportion of Discover's loan portfolio with FICO scores of 660 and below is only 19% heading into the current crisis, down from 26% in 2007. Overall, Discover's average FICO scores have increased five to six percentage points since 2007.

Additionally, customers' "open-to-buy" levels, or the amount of available revolving credit customers have available to them, is $54 billion lower than in 2007. That means there's a limit to how much money customers can draw on their lines of credit if they get into trouble.

Basically, Discover seems much more conservatively positioned today than it was in 2007. And while the COVID-19 pandemic could lead to an even more severe downturn, government stimulus might help the global economy recover faster. We just don't know at this point.

Looking back at Discover's results over the prior downturn, we can see it definitely felt the pain of the recession, though results eventually recovered very strongly two years out.

Unlike the previous recession, the current downturn is occurring at the beginning of the year in 2020, whereas the last crash and panic hit in late 2008. Discover had to endure a year and half of declining income, but stayed in positive territory on a full-year basis.

While Discover also cut its dividend back in 2009, it recently declared its current dividend of $0.44, though the company suspended share buybacks. However, in 2009, Discover didn't cut the dividend until the May quarter, or six months after the crash in September and October. So, a dividend cut is still a possibility if things continue to deteriorate. Yet given the company's better underwriting, safer credit metrics, better balance sheet, and greater sophistication from a decade ago, I would bet that Discover's current 5% dividend yield is fairly safe.

That means for those looking for a high-upside value stock in the financial sector today, Discover should definitely be on your buy list.