Please ensure Javascript is enabled for purposes of website accessibility
Log In Help Join The Motley Fool
Free Article Join Over 1 Million Premium Members And Get More In-Depth Stock Guidance and Research
By Zhiyuan Sun – Apr 24, 2020 at 7:48AM

Who has the upper ground in a war between investors and short-sellers about whether a biotech's clinical trial for treating head and neck cancer can succeed?

CEL-SCI (CVM -10.44%) is arguably the most intense battleground stock the biotech oncology sector has ever witnessed. On the bullish side, investors have dedicated an entire website calling for the figurative annihilation of short-sellers of the company's stock. On the other hand, those betting against CEL-SCI have called the company "One of the biggest scams of the 21st century."

Meanwhile, phase 3 topline results from the company's only prominent candidate, Multikine (leukocyte injection for the treatment of cancer in the oral cavity and soft palate), is set to be released in May. The company's fate is entirely dependent on the success of Multikine, as it is currently pre-revenue and has little cash on hand to fund further expenses.

If it becomes approved, the drug has a total addressable market of over $2 billion in the U.S. alone, as it treats a subset of head and neck cancer. Moreover, CEL-SCI has a partnership with Teva Pharmaceutical Industries (TEVA 3.20%) to commercialize the drug worldwide upon approval. Just what exactly is causing so much controversy for a company developing an innovative method to combat cancer? Let's find out. 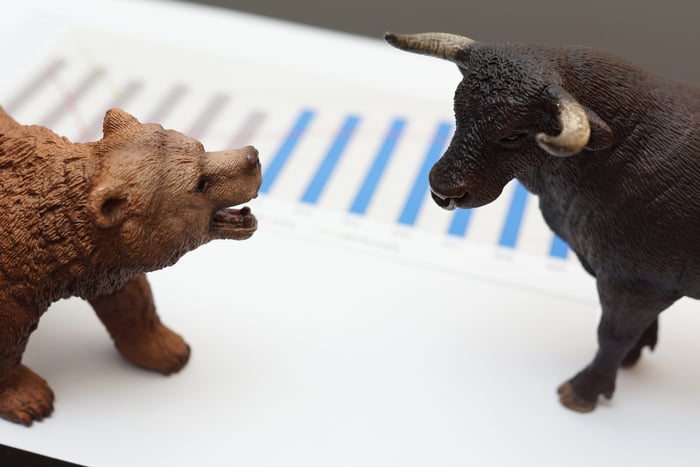 Multikine is CEL-SCI's experimental injection comprised of cytokines (small proteins that instruct white blood cells to destroy foreign pathogens) designed to elicit the body's own immune system to produce antibodies to destroy cancerous cells, a process known as immunotherapy. Although cytokines are well documented to produce active immune-responses against cancer cells, they are also known for their potential toxicity.

In Multikine's phase 3 clinical trial, there are three cohorts; one for the administration of Multikine and cyclophosphamide (or CIZ, a chemotherapy drug thought to increase Multikine's effectiveness), one without the administration of Multikine nor cyclophosphamide (standard of care only), and another to monitor for potential adverse events (excluded from final analysis). All 928 head and cancer patients in the study undergo standard of care (SOC), which involves surgery, radiotherapy, and chemotherapy. Patients in the Multikine + CIZ cohort are treated with the investigational drug for up to three weeks before surgery commences.

The trial protocol requires the investigation to continue until 298 total deaths have occurred in the Multikine + CIZ and SOC cohorts, a segment comprised of 795 patients. At this point, the trial will end and the results will be tallied for survival analysis.

Patients who upon follow-up saw their cancer relapse after the trial are not treated with Multikine but can select any available therapy, including Opdivo and Keytruda. The trial was projected to end in early 2019, but is currently going overtime as 298 deaths have not occurred in the respective arms.

While event-driven trials (investigations dictating a specific number of events must occur for the trial to stop) like this can enroll fewer patients than traditional clinical trials, they can go far beyond schedule if the number of events doesn't occur. This design has lead to polarizing speculation from both sides of the market.

What the bulls are saying

Bullish investors claim the next sequence of events for Multikine will pan out similarly to Bristol Myers Squibb's (BMY -0.86%) melanoma treatment Yervoy. Like Multikine, its clinical trial required a certain number of deaths to occur in two cohorts and went years beyond schedule. When results were released, they found the experimental drug kept patients alive for longer than expected. The drug was approved and now generates over $1 billion in revenue, and has been recently expanded for use in other cancer fields.

Further bolstering the bulls' argument, CEL-SCI hired an external statistical group to evaluate survival rates (percentage of patients in a study still alive after a given period of time post-diagnosis) for patients in only the U.S. receiving SOC in the past decade and found numbers well-below what the company anticipated when the trial began. For example, 46.59% of head and neck patients in this category survived for three years, compared to 55% as estimated by CEL-SCI in 2010. In short, bulls point to the trial's duration extending longer than expected combined with the smaller survival rate among patients receiving SOC, and they conclude Multikine must be working.

For all the champions of the company, it certainly has its share of critics. Currently, about 16% of CEL-SCI's float is sold short.

The bears contend Multikine will likely end up in history as another cancer immunotherapy that failed phase 3 due to better than expected performance from the SOC cohort. One such example will be discussed below.

In 2012, Newlink Genetics began its pivotal phase 3 clinical trial to investigate its algenpantucel-L immunotherapy for the treatment of pancreatic cancer. The study estimated, based on historical survival data, patients in the control arm would have a median overall survival (most frequently occurring survival rate in a study or mOS) of 16.6 months. Like CEL-SCI, Newlink Genetics designed its investigation to be stopped based on 222 patient deaths occurring in two cohorts. Before the trial began, executives estimated the immunotherapy would deliver a 45% improvement over SOC, leading to a mOS of 24.07 months.

When final results were released in 2016, everyone was stunned. Patients enrolled in the SOC arm survived for a median of 30.4 months while patients enrolled in the algenpantucel-L arm had a mOS of 27.3 months. In other words, all patients in the trial lived for far longer than expected, but the immunotherapy actually did more harm than good! Now, the bears are claiming the same fate will fall upon Multikine.

Unfortunately, neither side can definitively validate their claim until actual results come out. This is because Multikine never had a placebo-controlled cohort included in its phase 2 clinical trial due to time constraints. Therefore, we do not know about the survival rates of patients treated with SOC using trial protocol.

To further complicate the matter, in 2014, CEL-SCI's Independent Data Monitoring Committee (an organization monitoring the progress of clinical trials) recommended the Multikine clinical trial be terminated for safety and efficacy concerns. Again, in 2016, the Food and Drug Administration placed a halt on Multikine's clinical trial citing significant safety concerns. However, both decisions were later rescinded by the respective administrative organizations.

With topline results set to be released in May, neither bulls or bears seem able to convince one another on whether or not Multikine works. Meanwhile, the stakes are extraordinarily high. If the drug succeeds, the company will likely be bought out in valuation numbering over 11 figures as per other historic deals (compared to a current market cap of mere $500 million). If it fails, expect shares to trade down to zero.

It's important to be aware of the risks of betting on a binary event in which we don't have clarity about the outcome. If investors wish to initiate a position in early-stage biotech stocks, it's better to buy a diversified basket of them to hedge potential losses and increase the likelihood of picking a winner. If CEL-SCI's phase 3 results in May are successful, then the company would be a solid buy as Multikine has been granted Orphan Drug Designation by the FDA, meaning it will have seven years of market exclusivity with regards to treating squamous cell carcinoma of the head and neck.

If this is the case, the company would likely be acquired or have Multikine's commercialization handled by Teva on a mass scale as per their partnership agreement. This is obviously a very rosy scenario, and investors should take another look at the bearish case before deciding to open a position.