Please ensure Javascript is enabled for purposes of website accessibility
Log In Help Join The Motley Fool
Free Article Join Over 1 Million Premium Members And Get More In-Depth Stock Guidance and Research
By Bram Berkowitz - Updated Apr 24, 2020 at 11:46AM

The bank grew total revenue 22% year over year from acquisitions and organic growth.

People's United Financial (PBCT), the holding company of People's United Bank, saw its stock briefly surge this morning after it reported first-quarter profits that grew nearly 14% on an annualized basis.

The bank reported more than $130 million in net income in the first quarter on total revenue of $520 million, up 22% from the same period the year before, driven by both recent acquisitions and organic growth. 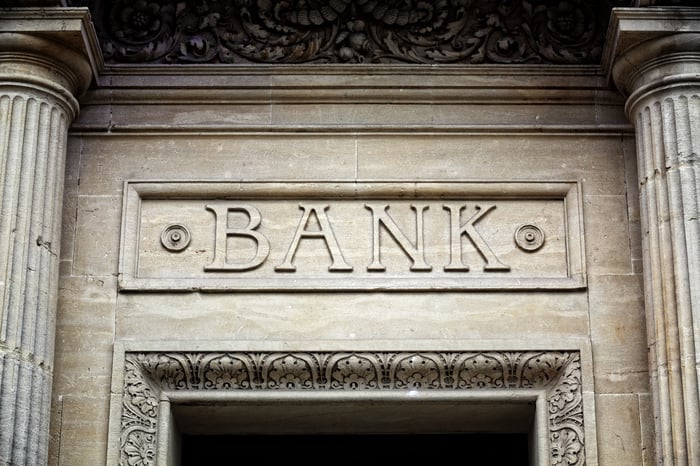 "The company has always had a long-term view, predicated on a conservative underwriting philosophy, superior service, a diversified business mix and prudent liquidity and capital management, which has served it well through various operating environments," CEO and Chairman Jack Barnes said in a statement. "We are confident this strategy will once again show the strength of the franchise as it plays a critical role in supporting the financial health of individuals, businesses and communities throughout this crisis and beyond."

It also noted that it issued over 9,600 loans totaling more than $2.1 billion through the Paycheck Protection Program.