Please ensure Javascript is enabled for purposes of website accessibility
Log In Help Join The Motley Fool
Free Article Join Over 1 Million Premium Members And Get More In-Depth Stock Guidance and Research
By Reuben Gregg Brewer - Feb 22, 2021 at 11:19AM

Usually this is a pretty boring little bank, but investors had good reason to send its shares soaring Monday.

Shares of Northeastern regional bank People's United Financial (PBCT) rose 12% as trading got underway on Monday. That's a notable move for a bank with a somewhat sleepy history and a conservative bent. This is an institution that managed to get through the 2007-to-2009 recession (which hit the financial sector particularly hard) without needing to cut its dividend.

In fact, it has increased its dividend for 28 consecutive years at this point, though the scant 1.5% increase it has delivered over the past decade wasn't particularly impressive. However, the news that came out Monday is big, and changes everything.

No beating around the bush: People's United Financial has agreed to be acquired by M&T Bank (MTB 2.35%) in a deal that will create a bank with $200 billion in assets, 1,100 branches, and over 2,000 ATMs across 12 states in the Northeast and Mid-Atlantic regions. The total transaction cost of the all-stock deal will be roughly $7.6 billion, with People's United shareholders slated to own around 28% of the combined entity. 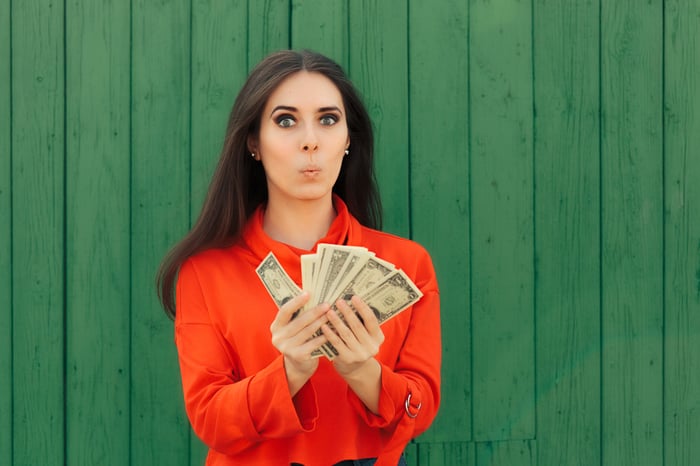 Although there's a slight difference between the price at which People's United is trading and the implied offer price, given the current price of M&T Bank's shares, most of the good news is now priced into the stock. And there's always some risk that the deal won't make it through the approval process. In other words, there's little value to rushing in at this point. For income investors wondering if they should stick around as M&T Bank shareholders, it's worth noting that M&T didn't cut its dividend between 2007 and 2009, either, though its payouts did go flat for roughly a decade after the Great Recession struck.