Shares of Live Nation (LYV -0.73%) have popped today, up by 10% as of 1:50 p.m. EDT, after Saudi Arabia's sovereign wealth fund disclosed that it had acquired a 5.7% stake in the live event specialist. The stake is valued at around $500 million. 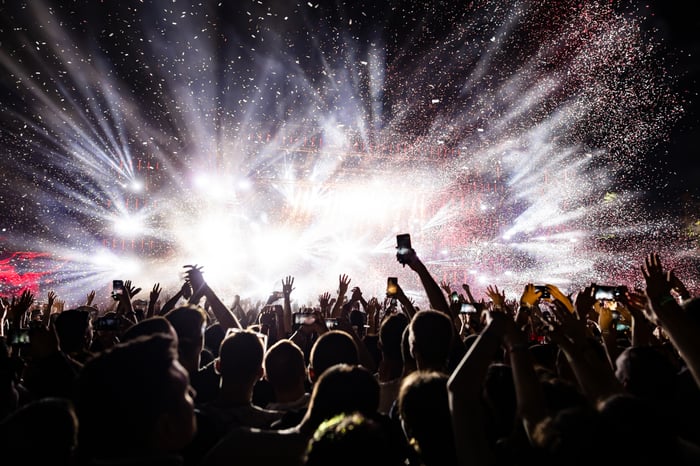 The PIF bought the shares in the open market, so Live Nation did not receive any of the cash directly or raise any capital. Live Nation has taken steps to strengthen its financial position to weather the COVID-19 pandemic, which has shut down all manner of live events like music concerts.

Live Nation has been hit hard by the novel coronavirus outbreak, with shares down over 40% year to date. Meanwhile, PIF has signaled that it is looking for opportunistic investments that may bounce back once the world beats COVID-19. PIF head Yassir al-Rumayyan said earlier this month that PIF was looking in various sectors, including entertainment. The fund recently took an 8.2% stake in cruise operator Carnival.

Live Nation said earlier this month that it had amended debt covenants while increasing its revolver by $120 million, bringing total available debt to $940 million. Including current cash, Live Nation now has $3.8 billion in total liquidity available.