The discount retailer may be benefiting from a convergence of forces in its favor.

Shares of Ollie's Bargain Outlet (OLLI 0.25%) bounded 10% higher on Monday on no apparent news, but the stock has a high short interest. As the stock has more than doubled since mid-March, there may be pressure on shorts to cover their position.

Ollie's hit a 52-week low in March, losing nearly three-quarters of its value from highs it hit last year. While it did fall sharply in March, the discount retailer had been trading lower since the beginning of the year. 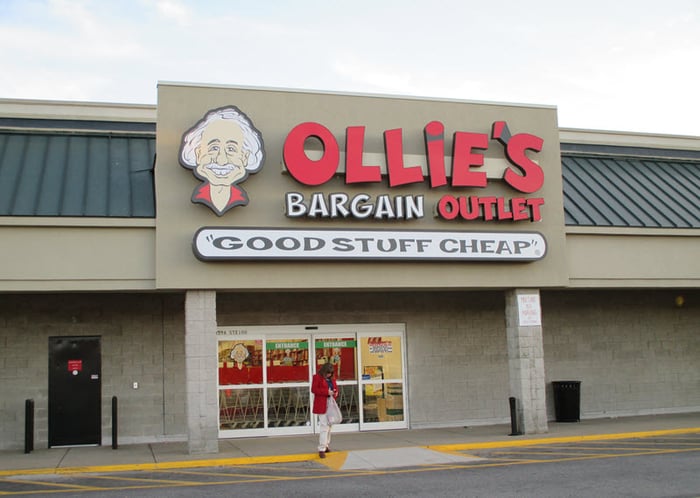 It has marched higher since, and its move today could be related to the strong results posted by industry peer Big Lots (BIG -4.29%), which said comparable store sales were not only positive in the first quarter and for April, but they were accelerating in the last two weeks.

That kind of good news can lift many boats bobbing in the sea, and because 27% of Ollie's stock is sold short and its days to cover reached nearly 11 (anything over seven is considered high), it may help move its stock higher than might otherwise be warranted.

Deep discount retailers like Ollie's Bargain Outlet can benefit from periods of economic unrest, and the current environment is nothing if not volatile. This could provide the retailer the chance to make inroads it would not have been able to achieve on its own.