The shopping center REIT got a boost as investors reassessed the prospects for the reopening of the U.S. economy.

Shares of real estate investment trust (REIT) Brixmor Property Group (BRX 0.49%) rose as much as 10% on April 28. Although the rally lost some steam toward the market's close, it ended the day with a high-single-digit gain. There was no particular news about Brixmor, but there were a couple of bigger-picture events taking shape that had an impact on the price.

Brixmor owns around 400 shopping centers, many of which house the types of stores people visit regularly. That includes things like grocery stores, pharmacies, pet stores, and dollar stores. But the portfolio also includes a lot of other businesses, like restaurants and clothing stores. Mixed in are a significant number of small, local merchants. Although many of the stores that lease space in Brixmor's properties are still open, the government's efforts to contain the spread of COVID-19 have forced a significant portion to shut down because they're considered nonessential. 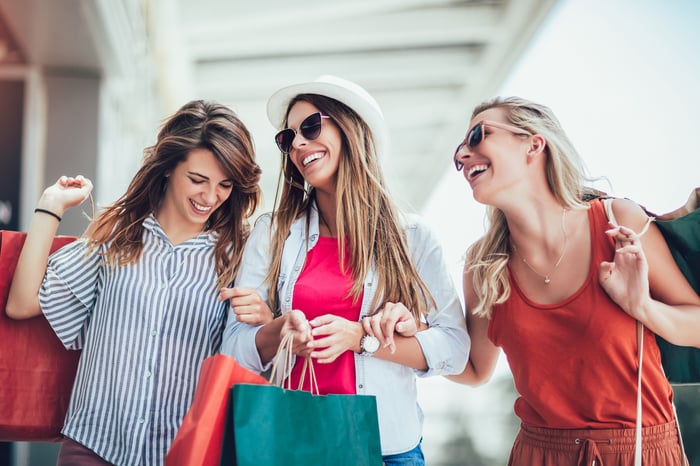 That's a problem for a company that relies on the rents it collects to pay its own bills and to support shareholder dividends. Investors have pushed the shares of Brixmor, and other shopping center landlords, lower throughout the coronavirus pandemic. The stock is down about 50% so far this year. Investors are painting with a broad brush, but that's not surprising, given that fear has been the overriding theme in these uncertain times. However, Wall Street is starting to get a little more upbeat about the future for Brixmor and its peers now that some states are beginning to allow non-essential businesses to reopen.

Adding to the excitement is the news that giant mall owner Simon Property Group is reportedly planning to reopen some of its enclosed malls. Although the assets Simon owns are notably different from what Brixmor operates, the fact that Simon is looking to reopen is a big boost for retail landlords in general. Investors will be closely monitoring Simon's efforts, and its success, or lack thereof, is likely to have widespread implications for retail landlords of all stripes. These are still early days, of course, so investors shouldn't get too excited.

The interesting thing about Brixmor, however, is its redevelopment plans. It has an older portfolio of assets that it's been steadily upgrading over time. That has allowed it to grow revenue without the need to buy new assets. The ability to keep building, though, requires cash. If the REIT's financial results languish because of COVID-19-related shut downs, what is likely to be a recession driven by those shutdowns, or lingering social effects from the coronavirus (such as customers who continue to avoid stores even after they're allowed to reopen), the outlook here could remain cloudy for some time. There is a light at the end of the tunnel, but there's still a lot of uncertainty to work through.

Investors are clearly starting to get more upbeat about retail landlords like Brixmor. There are solid reasons behind the change in mood as well. However, COVID-19 and its aftermath are still ravaging the retail REIT sector. Investors should be prepared for more volatility. And when it comes to Brixmor, pay particular attention to its redevelopment plans when it reports earnings. That will be an important indicator of how well the REIT is handling the coronavirus hit.

Why Shares of Macerich, Brixmor, and STORE Capital Jumped as Much as 13% Today