Positive trends for COVID-19 coronavirus and plans for parts of the economy to reopen have these stocks rising.

Shares of Hawaiian Holdings (HA -4.71%), Signet Jewelers (SIG 0.34%), and Meredith (MDP) were all up double digits Tuesday afternoon as the markets absorbed positive updates on the COVID-19 coronavirus outbreak and an announcement from the nation's largest mall owner.

Positive COVID-19 updates include Italy's report that daily new cases rose by 1,739, the lowest since March 10. In New York, the state's daily death toll dropped to 337, less than half of the peak during the first week of April. As COVID-19 trends continue to move in the right direction, more states are thinking about reopening parts of their economy. 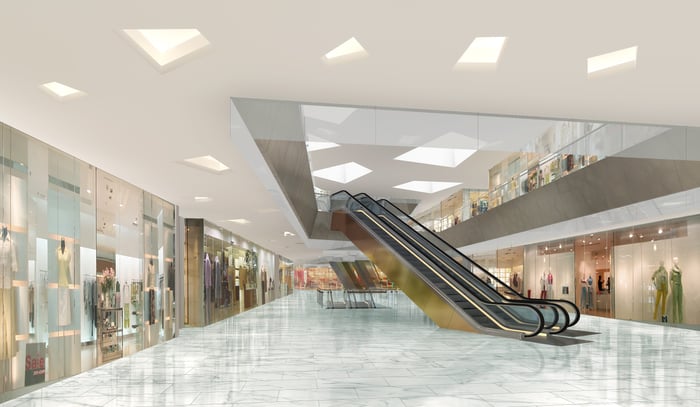 One likely reason Signet Jewelers is jumping today was Simon Property Group's announcement that it will reopen 49 of its malls and outlet centers Friday through Monday, according to CNBC. That announcement is music to Signet investors' ears, as the company operates roughly 3,300 stores under brand names such as Kay Jewelers, Zales, and Jared, among others, and stand to benefit not only from mall reopenings, but also a gradual return to normality for the wedding and anniversary industries. 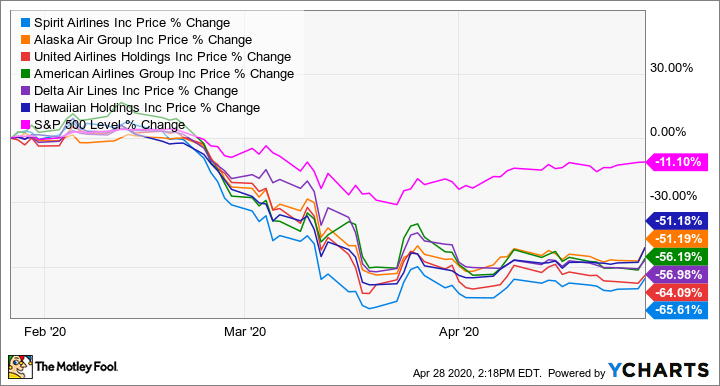 SAVE data by YCharts

While the S&P 500 has bounced back some from its massive COVID-19-fueled sell off, the airline industry remains full of doom and gloom. COVID-19 and the strict travel restrictions have caused global travel demand to dramatically drop, upward of 90%. One small glimmer of good news for Hawaiian Airlines parent Hawaiian Holdings was its announcement Tuesday that it recently received the first installment of the Payroll Support Program from the CARES Act to the tune of $146 million -- roughly half the expected total of $292.5 million. Hawaiian also plans to issue to the U.S. government warrants to buy almost 500,000 shares of common stock, or 1.1% of shares outstanding.

Meredith, a multi-platform media company reaching over 190 million American consumers, has had to take drastic actions to strengthen its liquidity and flexibility during the COVID-19 outbreak. Despite having robust traffic to its digital properties and strong viewership for local broadcasts, management admitted there were significant advertising campaign cancellations and delays, which is a major part of its revenue mix. At the end of March, the company had roughly $100 million of cash and cash equivalents and access to an additional $350 million liquidity from its revolving credit facility.

Investors would be wise to take market volatility in the near term with a grain of salt. Stocks will pop and drop quickly as consumer sentiment changes with the lifting social distancing restrictions, store doors are reopened, and a potential rise in cases takes place. All eyes will be on developments such as Simon Property Group's opening of some malls to see if new safety measures -- such as asking shoppers to take their temperature before going to the mall, receiving free CDC-approved masks and hand sanitizing packets, limiting business hours, and undertaking thorough overnight cleaning, among other tactics -- can enable parts of the economy to reopen while keeping the COVID-19 outbreak under control.