Please ensure Javascript is enabled for purposes of website accessibility
Log In Help Join The Motley Fool
Free Article Join Over 1 Million Premium Members And Get More In-Depth Stock Guidance and Research
By Donna Fuscaldo - Apr 29, 2020 at 11:07AM

Amazon Prime will stream a Saturday game late in the 2020 season.

Amazon (AMZN -0.26%) and the National Football League have renewed their Thursday Night Football deal, with the eCommerce giant also getting exclusive rights to stream one regular season game on Prime Video and Twitch.

In a press release, Amazon and the NFL jointly announced a multi-year deal.  Amazon will receive the right to stream 11 Thursday night games broadcast by FOX and the exclusive rights for a Saturday game in the second half of the NFL's 2020 regular season. The game will also be televised in the teams' home markets. 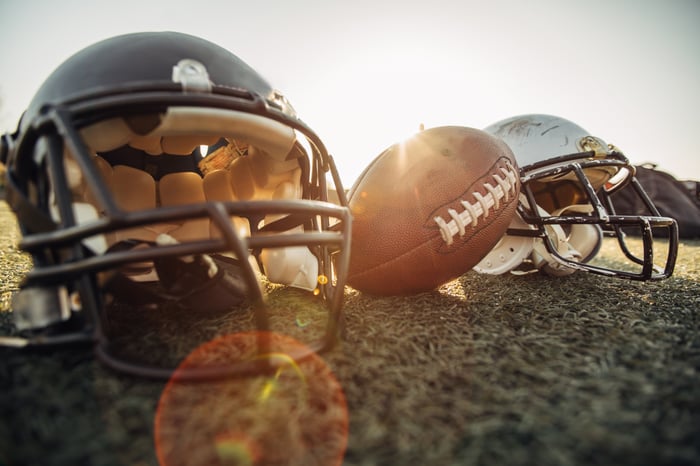 "As our relationship has expanded, Amazon has become a trusted and valued partner of the NFL," said Brian Rolapp, Chief Media and Business Officer for the NF, said in the press release. "Extending this partnership around Thursday Night Football continues our critical mission of delivering NFL games to as many fans in as many ways as possible both in the United States and around the world." In 2019 the NFL said digital streaming of the Thursday night games surpassed an average minute audience over 1 million, up 43% from the 2018 season.

While terms of the deal were not disclosed, the eCommerce giant paid the NFL about $65 million per season for the deal it signed for the 2018 and 2019 seasons. Amazon has been partnering with the NFL since 2017.