Please ensure Javascript is enabled for purposes of website accessibility
Log In Help Join The Motley Fool
Free Article Join Over 1 Million Premium Members And Get More In-Depth Stock Guidance and Research
By Dave Kovaleski – Updated Apr 29, 2020 at 11:18AM

Profits rise 54% in the period.

Revenue was up 29% in the quarter over the same period the year before to $1.5 billion for the Chicago-based company, which runs a derivatives exchange where clients trade futures, options, and other assets. Net income jumped 54% to $766 million and earnings per share climbed 54% to $2.14 per share -- beating analysts' estimates.

"During the quarter, we saw significantly increased levels of client hedging and risk transfer, across all products and time zones," CME Group Chairman and CEO Terry Duffy said. "Though the long-term effects of the pandemic are still unknown, we remain focused on the health and safety of the entire CME Group community, as well as on facilitating risk management for our market participants during these extraordinary times and beyond." 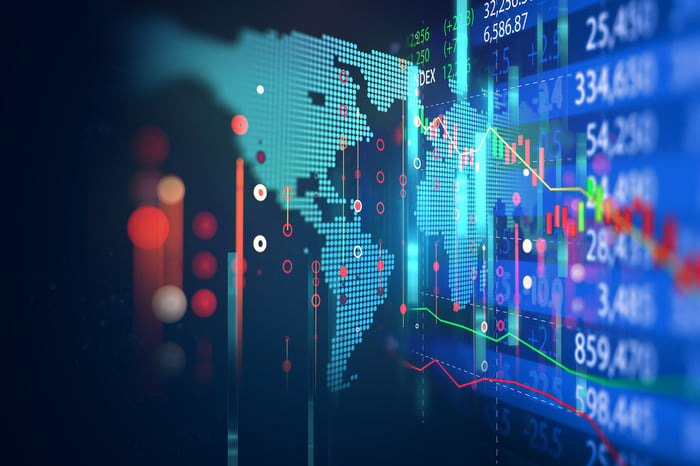 Also, the derivatives market saw record international trading as ADV for non-U.S. contracts was 7.2 million -- up 57%. That breaks down to 54% growth in Europe, 73% growth in Asia, and 21% growth in Latin America.

Revenue from clearing and transaction fees was up 34% to $1.3 billion. Market data and information services revenue was up slightly to $131 million from $130 million.

Finally, the company reported $1 billion in cash and $3.5 billion in debt as of March 31.