Please ensure Javascript is enabled for purposes of website accessibility
Log In Help Join The Motley Fool
Free Article Join Over 1 Million Premium Members And Get More In-Depth Stock Guidance and Research
By Keith Speights - Apr 29, 2020 at 7:00AM

It makes sense that the stocks of companies that have developed or are developing products to fight COVID-19 have skyrocketed in 2020. The same is true for stocks of companies that directly benefit from the shelter-at-home regulations that have been in force. But DexCom (DXCM -2.48%) doesn't belong in either category and has still seen its shares soar more than 50% year to date.

The maker of continuous glucose monitoring (CGM) systems announced its first-quarter results after the market closed on Tuesday. And it looks like DexCom's good times will keep on rolling. Investors appeared to be pleased with the company's results, with the healthcare stock jumping more than 6% in after-hours trading on Tuesday. Here are the highlights from DexCom's Q1 update. 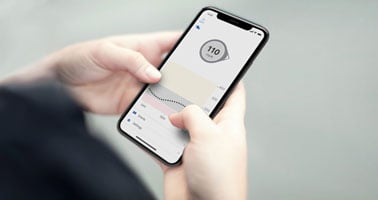 The company generated net income in the first quarter of $19.9 million, or $0.21 per share, based on generally accepted accounting principles (GAAP). This was a huge improvement from the prior-year period when DexCom posted a net loss of $26.9 million, or $0.30 per share.

DexCom CEO Kevin Sayer aptly summed up his company's strong Q1 performance by stating the continued momentum was "driven by growing awareness and customer satisfaction with our G6 CGM technology." The company attributed its revenue growth primarily to volume growth in sales of the G6 system.

There really weren't any negatives to be found in DexCom's Q1 results. Operating expenses climbed nearly 22% year over year to $222.9 million. However, that increase paled in comparison to the company's revenue growth.

DexCom did spend $3.2 million in incremental costs related to the COVID-19 outbreak. These were mainly related to additional spending on payroll, consulting, information technology infrastructure, and facilities. But the company was able to shrug off these extra costs with soaring demand for its G6 CGM continuing in spite of the pandemic.

The one significant impact that COVID-19 is having on DexCom is that the uncertainties related to the pandemic resulted in the company temporarily suspending its 2020 guidance. DexCom anticipates that it could experience some impact from patients staying at home and clinicians shifting to virtual care models. However, it also stated that it "has seen benefits in the shift to telemedicine" including increased appreciation for its virtual diabetes care offerings and monitoring of patients in hospitals.