Fearing a takeover after to massive decline in the company's stock price, the natural gas pipeline stock just made itself immensely more expensive for any potential acquirer.

Williams Companies (WMB 0.97%), one of the world's largest natural gas pipeline companies, saw its stock price plummet in recent months. This precipitous drop in price seems to have made the board nervous that some other company might try to take Williams over while the stock was so cheap -- so the company adopted a "poison pill" provision to thwart such attempts. That's probably for the best, since those shareholders not attempting a mutiny will come out better off. 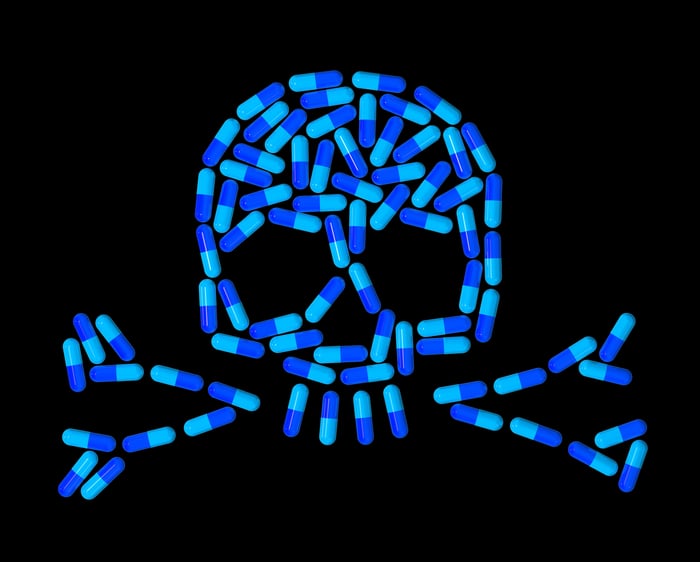 Takeover attempts happen often in the public markets. If a takeover is possible, it's safe to assume that a stock is trading at a lower price than what the acquirer thinks it should be trading at. Typically, companies can see takeover attempts coming, because the acquirer will start purchasing a large quantity of shares. Companies can institute a defensive measure with their common stock known as a "poison pill."

On March 30, Williams issued to its shareholders a unique sort of dividend, effective for one year. Instead of distributing money to shareholders, this dividend gives the holder the right to purchase 1/1000th of a preferred share -- a fraction that carries the same dividends and voting power as one regular share of Williams's common stock -- for $60.68 each, if someone buys up 5% of the company's shares without the board's approval.

The trigger of the rights only applies to any parties that acquire 5% of the company with the intent of taking it over. If someone ends up having 5% of the company's common stock through passive investing, or after consultation with the board, nothing happens. Holding the right does nothing for the shareholder until someone tries to take the company over. Once that occurs, the shareholders can purchase those fractions of preferred shares. Unless the investor really likes Williams, they're not likely to exercise that right.

If someone does mount a takeover bid, it's more likely that the company itself will exercise all those rights to buy fractional preferred shares, at a deeply discounted cost to it of $0.001 per right -- or $1.00 for every preferred share -- thanks to an "exchange" clause that lets Williams do exactly that. This will effectively double the amount of shares the company has outstanding.

Once any would-be acquirer's position has been this diluted, they'd pretty much have to buy all of the shares they already bought, again. And that's assuming the company's potential acquirer hasn't already been scared off by the huge costs this would add to any takeover attempt.

Why a takeover may not be a good thing

There are two ways to take over a publicly traded company: negotiating a price with the company's board of directors, or buying enough shares to get a takeover voted in by shareholders. The latter is known, appropriately enough, as a hostile takeover.

Williams did this specifically in response to the decline in the company's stock price over the past two months. The company may not want to be taken over for any number of reasons. Either its long-term objectives won't be met if it gets new leadership; the executives like their jobs; or, most likely, the company believes the price at which it could be taken over is much too low.

In announcing the poison pill, the company's board stated that its current low share price is "a unique dislocation" from its real value. Amid COVID-19 concerns and plunging energy prices, the price of its stock plummeted from a recent high of $29 in July last year, to below $9 in March of this year. The stock has since doubled from that low. Any party that might have wanted to take Williams over at $29 might feel even more motivated now, around $18. 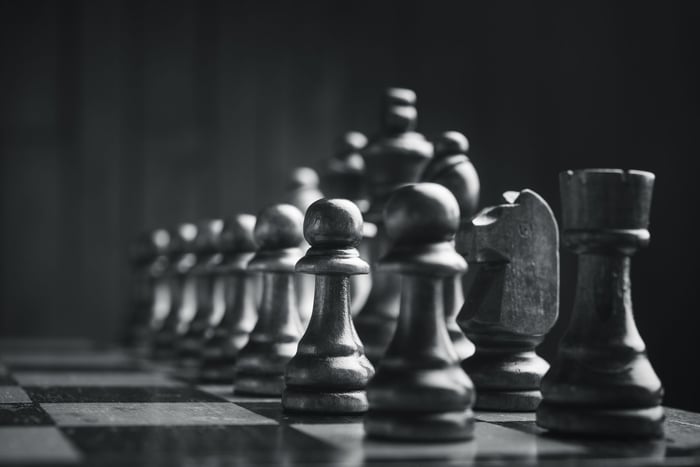 Thus far, no outsiders have acquired enough shares to indicate an attempted coup. But by implementing this poison pill, the board is showing the investing world that it believes the company is much more valuable than its current lows.

Corporate takeovers aren't inherently bad for shareholders. When the acquirer shares a company's current goals, sometimes these takeovers can work out in the shareholders' best interest.

The company is likely only trying to deter the type of takeover that would end up enriching the party taking it over, while leaving the shareholders with nothing. Sometimes these are leveraged buyouts, leaving the company saddled with debt it cannot repay. Other times, the company gets acquired and stripped of assets for its new owners' benefit, leaving it a fraction of its previous size.

Luckily for Williams's shareholders, the company's board thinks the business is much more valuable than its current share price -- and believes it has the talent to help the shareholders realize that value. If the board is this confident in the company's value, investors may want to take a closer look at it.