The robot maker reported first-quarter results as it struggles with the novel coronavirus outbreak and tariffs.

Shares of iRobot (IRBT 0.20%) have fallen today, down by 4% as of 12:30 p.m. EDT, after the company reported first-quarter earnings. The COVID-19 pandemic has impacted both sales and its manufacturing supply chain activities.

Revenue in the first quarter declined 19% to $192.5 million, and iRobot said the primary culprit for the shortfall was an inability to meet demand due to supply chain challenges. That led to an adjusted operating loss of $14.4 million and an adjusted net loss of $0.32 per share. iRobot had warned last month that the coronavirus outbreak had disrupted sales and manufacturing operations. 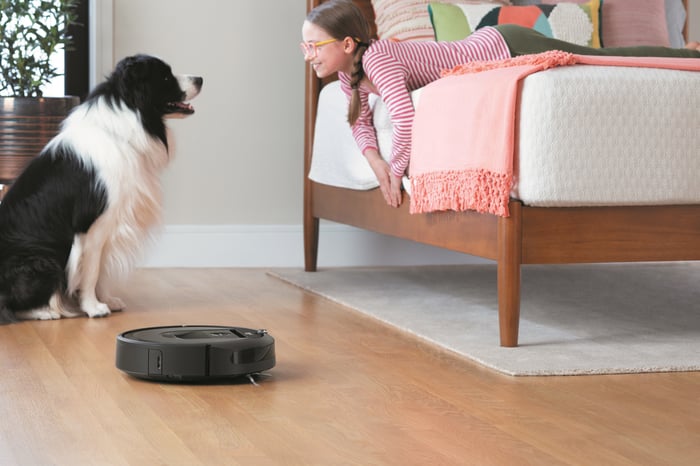 The company has taken actions to cut costs, including laying off around 70 employees, or 5% of its total head count, while furloughing a couple dozen other employees within sales and marketing. The efforts are expected to generate $30 million in cost savings this year.

iRobot also said it was suspending its plans to release Terra, the autonomous lawnmower announced in early 2019 that the company was planning to launch in 2020. "This decision primarily reflects the likelihood of significant delays to the company's 2020 commercial plans for Terra caused by COVID-19 combined with the overall intensity of planned technology investment over the coming quarters," according to iRobot.

CEO Colin Angle also said that revenue in the near term would be under pressure as retailers try to sell existing inventory amid a broad slowdown in retail foot traffic and temporary store closures. The maker of consumer robots secured a tariff exclusion for its Roomba vacuums last week, and iRobot is seeking a refund of tariffs paid since September 2018.

iRobot declined to provide guidance due to ongoing uncertainty surrounding the outbreak and the tariff exclusion process.