Microsoft reported strong growth in many of its businesses, and McDonald's struggled with slumping sales around the world.

Software and cloud computing giant Microsoft easily beat analyst expectations for its fiscal third-quarter results. Total revenue jumped 15% to $35 billion, ahead of estimates by more than $1.3 billion. Non-GAAP (adjusted) earnings per share came in at $1.40, up 23% year over year and $0.13 higher than analysts were expecting. 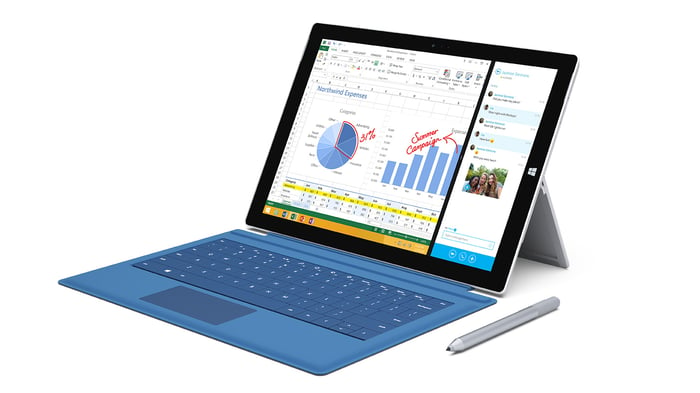 The increase in work-from-home helped Microsoft during the quarter, with soaring usage of the company's various cloud services. Sales of Surface devices also benefited, although supply constraints put a lid on growth.

The pandemic did hurt some businesses, as CFO Amy Hood explained during the earnings call:

We saw a slowdown in our transactional business across segments, but particularly in small and medium businesses. In Enterprise Services, growth rates slowed as consulting projects were delayed. And on annual contracts in LinkedIn's Talent Solutions business, renewals were impacted by the weak job market.

While most of Microsoft's divisions are holding up well amid the pandemic, a severe recession in the U.S. could reduce demand in the coming quarters. Shares of Microsoft were down slightly by early afternoon, as the earnings beat wasn't enough to propel the stock higher.

Fast-food chain McDonald's is doing better than many other restaurant chains, but sales still plunged in March. Globally, the company reported a 22.2% decline in comparable sales for last month, and a 3.4% decline for the first quarter.

Total first-quarter revenue was $4.71 billion, down 6% year over year but about $50 million higher than analysts were expecting. Earnings per share came in at $1.47, down 15% and $0.09 below the average analyst estimate. As of April 30, 99% of U.S. restaurants and 75% of global restaurants were operating, albeit with restrictions.

As sales tumble, McDonald's has been helping its franchisees. During the earnings call, CFO Kevin Ozan explained some steps the company has taken: "Generally, we've deferred the collection of rents and royalties earned in March and April in most markets around the world. ... This deferral amounts to roughly $1 billion of liquidity assistance that we committed to our franchisees and developmental licensee partners across the system."

McDonald's sales trends should start to improve as restrictions are loosened over the coming weeks and months, although it's difficult to predict how eager consumers will be to return to their pre-pandemic routines. Shares of McDonald's were down about 2.4% by early afternoon.