Please ensure Javascript is enabled for purposes of website accessibility
Log In Help Join The Motley Fool
Free Article Join Over 1 Million Premium Members And Get More In-Depth Stock Guidance and Research
By Anders Bylund - Apr 30, 2020 at 9:27AM

The leading provider of music-streaming services is just getting started on an epic growth story, briefly accelerated by the COVID-19 work-from-home regime.

Music-streaming champion Spotify (SPOT 0.49%) is in the global spotlight right now. Consumers all around the world crave entertainment to cope with the social distancing policies of the COVID-19 era, and Spotify can help with that in 79 countries.

The leading music service is making the most of this unexpected star turn. The company just reported results for the corona-tinged first quarter, showing the strongest year-over-year revenue growth and subscriber additions since 2018.

Where is Spotify going from here? Let's have a look at the company's prospects over the next five years. 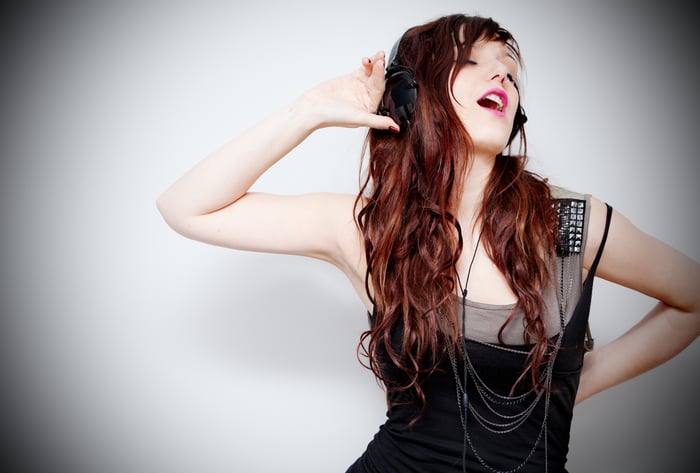 Spotify sits in the catbird seat as the media-streaming industry enjoys this game-changing moment. The COVID-19 work-from-home experience is likely to accelerate the industry's entry into mainstream cultures, with Spotify leading the way in the music-streaming segment.

The company holds a dominant 36% market share as measured by paying subscribers, according to media market analyst firm Midia. Apple (AAPL -0.55%) runs a distant second with half of Spotify's subscriber count, followed by a plethora of much smaller platforms. Apple, Amazon.com (AMZN 0.75%), and Google are all gaining some share over time, but at the expense of other challengers. Spotify's market share has stuck to this 36% benchmark since 2017.

These trends will probably continue. Up-and-comers will come and go while the steady performers stay on top. Spotify's brand name is already synonymous with "streaming music" in many minds, and that business moat will only grow and solidify over time. By 2025, the music-streaming sector should consolidate with Spotify in the vanguard and the other three majors locked in a battle for second place. I say that as a shareholder of both Google parent Alphabet (GOOG -1.46%) (GOOGL -1.70%) and of Amazon. If one of these technology giants wants to steal Spotify's market share, they'll have to buy the company. 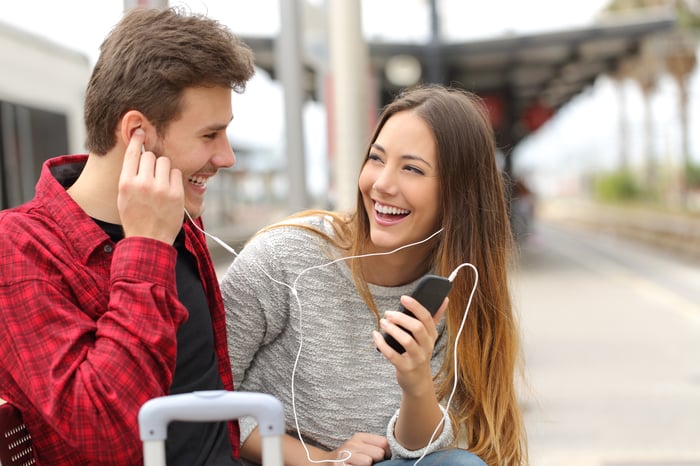 All the right friends

I expect Spotify to make all the right moves to hold on to its market-leading position for the foreseeable future. You see, this company is run by people with an incredible business pedigree.

Spotify founder Daniel Ek still serves as both chairman and CEO. He holds nearly 32 million shares of Spotify worth approximately $5 billion today, and he is putting even more skin in the game over time. Ek and other insiders hold a massive 44% of Spotify's shares, ensuring that the company will act in shareholders' best interest. We love to see significant insider holdings and founder-led companies here at the Fool. And it's all about stock returns for Ek since he doesn't cut a paycheck for himself.

Elsewhere in the boardroom, you'll find co-founder Martin Lorentzon to really cement the founder-led quality of this company. They are rubbing shoulders with recently retired CFO Barry McCarthy at that table. McCarthy's name might ring a bell for longtime Netflix (NFLX 0.86%) investors, because he served as CFO of the video-streaming giant from the early DVD-mailer days of 1999 all the way to 2010, when digital streaming started to take off.

We're not done talking about Netflix, either. In the next board seat, you'll see Netflix content chief Ted Sarandos. If anybody understands the digital media market, it's this guy.

We don't have a whole lot of operating history for this relatively young company, which entered the public stock market in the spring of 2018. What we do have looks promising, though: 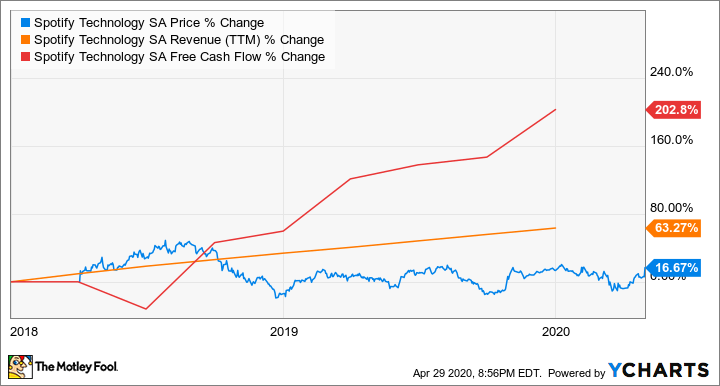 The company collected $7.6 billion in revenues last year, generating $490 million of free cash flows after sinking another $924 million into sales and marketing budgets. Spotify is likely to follow Netflix's growth-oriented business model for the foreseeable future, given the video veteran's sizable voice in the boardroom. In other words, Spotify will continue to grow the top line at maximum speed for many years to come. The time will come to downshift into slower top-line growth and richer bottom-line profits, but the company won't be there yet in 2025.

You can't ask this company to slow down and pocket some extra cash -- Spotify is too busy building a massive business platform that will stave off challengers and maximize the long-term profits that follow at the end of the high-growth phase. The paying subscriber count should at least double and maybe even triple in five years. Spotify might test its pricing power along the way with one or two modest subscription-price boosts. You've got to keep up with inflation, right?

Following this model, I'd expect Spotify's revenues to top $23 billion in 2024 but cash flows and earnings should remain fairly modest. I don't know about you, but that sounds like an exciting and shareholder-friendly half-decade to me.