Please ensure Javascript is enabled for purposes of website accessibility
Log In Help Join The Motley Fool
Free Article Join Over 1 Million Premium Members And Get More In-Depth Stock Guidance and Research
By Donna Fuscaldo - May 1, 2020 at 1:55PM

Apple's cash is down 7.4% amid the COVID-19 pandemic, but that's not stopping it from continuing to invest and reward shareholders.

Apple's (AAPL 0.96%) huge cash position fell 7.4% year-over-year in its fiscal second quarter, but that isn't stopping the iPhone maker from buying back shares and raising its dividend.

In conjunction with Apple's second-quarter earnings report, the tech company said it has cash on hand of $192.8 billion, compared to the $207.06 billion as of the end of its fiscal first quarter. That was before the COVID-19 pandemic struck, hurting the supply chain and forcing Apple to close all its stores outside of China. At the same time, Apple has continued to churn out new products, launching a new iPad and a low-cost iPhone during its second quarter. It generated operating cash flow of $13.3 billion in the second quarter, up $2.2 billion year-over-year. 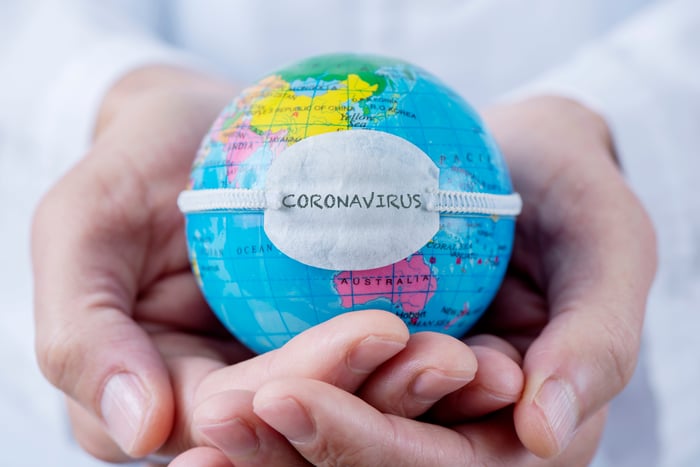 "We are confident in our future and continue to make significant investments in all areas of our business to enrich our customers' lives and support our long-term plans — including our five-year commitment to contribute $350 billion to the United States economy," Apple CFO Luca Maestri said in an earnings press release. Apple noted the board authorized an increase of $50 billion to the existing share repurchase program and declared a cash dividend of $0.82 a share, increasing it by 6%.

For its second quarter, Apple reported revenue of $58.3 billion, which was up 1% compared to last year's first quarter. Earnings came in at $2.55 a share, up 4%. Driving the growth was international sales, which accounted for 62% of the company's revenue during the quarter. iPhone sales were down 7% but Apple was able to offset that with a 16% increase in services revenue.