Please ensure Javascript is enabled for purposes of website accessibility
Log In Help Join The Motley Fool
Free Article Join Over 1 Million Premium Members And Get More In-Depth Stock Guidance and Research
By Eric Volkman - Updated May 1, 2020 at 10:47PM

The move stems from concern about the giant retailer's relationship with the third-party sellers on its site.

The political heat is rising on the latest Amazon.com (AMZN -1.85%) controversy. On Friday, the Judiciary Committee of the House of Representatives sent the retailer's high-profile CEO Jeff Bezos a letter requesting that he testify before it about one of his company's apparent business practices.

Specifically, the lawmakers want him to address allegations that Amazon utilizes data about independent sellers on its website to develop, produce, and sell similar products branded with its own name. Although this practice has been rumored for some time, it's attracting more attention now because of a lengthy article in The Wall Street Journal published last week that delved into the matter in some detail. 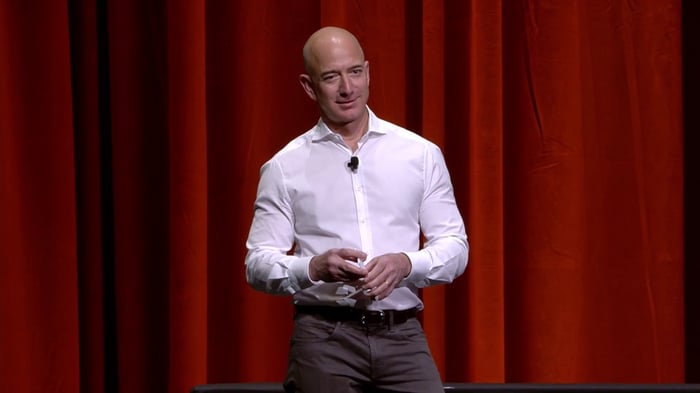 Earlier this week, Sen. Josh Hawley of Missouri sent a formal request to the Department of Justice to open an antitrust investigation of the company related to the allegations. That request is pending.

While the House Judiciary Committee has the power to subpoena people it believes are suitable for testimony, their letter to Bezos is in the form of a request. However, in the letter -- which was signed by both Democratic and Republican Committee members -- the  lawmakers write that, "although we expect that you will testify on a voluntary basis, we reserve the right to resort to compulsory process if necessary."

It's not known if Bezos has responded to the letter. Neither he nor Amazon has yet commented publicly on the request.

On Friday, Amazon stock fell more steeply than many of its peer consumer goods titles, as well as the wider equities market. The company's shares closed down 7.6%.