Please ensure Javascript is enabled for purposes of website accessibility
Log In Help Join The Motley Fool
Free Article Join Over 1 Million Premium Members And Get More In-Depth Stock Guidance and Research
By Keith Noonan – Updated May 2, 2020 at 1:07PM

The social media stock is still down roughly 13% year to date despite last month's rebound.

Shares of Twitter (TWTR 2.57%) climbed 16.8% in April, according to data from S&P Global Market Intelligence. The social media company's stock rebounded after falling 26% in March's trading -- a month that saw across-the-board sell-offs as a result of concerns related to the novel coronavirus. 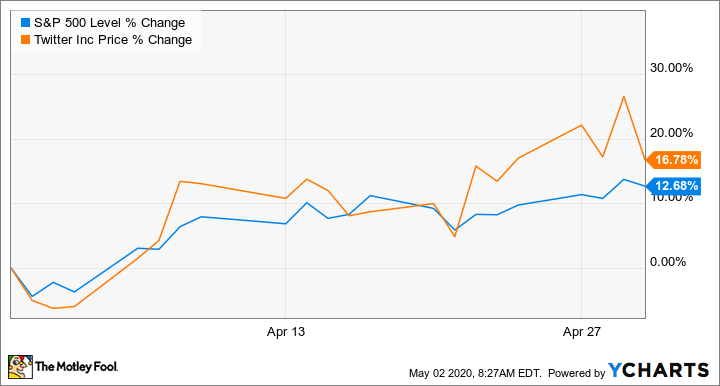 Twitter stock climbed in conjunction with momentum for the broader market in April, but the stock saw a significant dip at the end of the month after the company published quarterly results. Twitter released first quarter earnings before the market opened on April 30, and its share price sank despite performance for the period coming in ahead of the market's expectations. 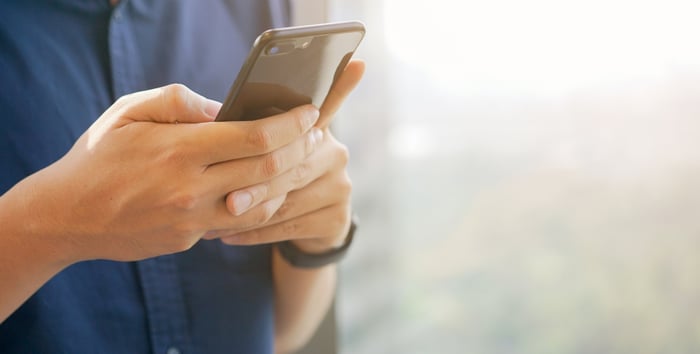 Twitter's first quarter revenue rose roughly 3% year over year to reach $808 million, and the company's non-GAAP (adjusted) earnings per share for the period came in at $0.11. The average analyst target, as polled by Refinitive, had projected the business to post adjusted earnings per share of $0.10 on sales of $776 million.

Twitter closed out its March quarter with 166 million monetizable daily active users, up 26% year over year and 9% sequentially. However, the market wasn't bullish on the performance despite sales and earnings beats and user base growth. Twitter noted that it saw advertising revenue fall 27% year over year across the period spanning from March 11 through March 31, and cautious statements from management about a bigger negative impact from the novel coronavirus in the second quarter appear to have been a factor in the post-earnings sell-off for the company's stock.

Twitter stock fell 3.2% on May 1, while the S&P 500 index level dipped roughly 2.8% in the day's trading session. The company is now scaling back previous spending plans and shifting its sales focus to mobile application promotion (MAP) and direct response ad formats that it thinks might be more resilient during a period of economic downturn.

Twitter trades at roughly 28 times the average analyst estimate for this year's earnings, and the company expects to report second quarter earnings before the market opens on July 23.