Please ensure Javascript is enabled for purposes of website accessibility
Log In Help Join The Motley Fool
Free Article Join Over 1 Million Premium Members And Get More In-Depth Stock Guidance and Research
By Leo Sun - Updated May 4, 2020 at 4:49PM

The e-commerce services company wants to unite its fragmented base of smaller merchants.

Shopify (SHOP 10.50%) recently launched Shop, a new consumer-oriented shopping app that lets shoppers access a searchable feed of products from its merchants. The app also integrates the package tracking features of its Arrive app for merchants, as well as its Shop Pay checkout service.

16 million shoppers have used Arrive to track their shipments from retailers, while Shop Pay has processed over $8 billion in sales. Shopify wants to build an e-commerce marketplace on top of those foundations, but can it leverage its strengths in the merchant market to expand into Amazon's (AMZN 3.53%) backyard?

Can Shopify build an e-commerce marketplace?

Shopify provides e-commerce tools -- including digital storefronts, marketing tools, payment tools, and other services -- that help merchants digitize their offline businesses. Its total number of merchants rose from 162,261 in early 2015 to over a million in 2019.

Shopify accounted for 5.9% of all U.S. retail e-commerce sales last year, according to eMarketer, putting it in second place behind Amazon's 37.3% share. But if Shopify appeals directly to consumers, it could potentially unite its fragmented base of merchants into a cohesive e-commerce marketplace like Amazon.

Shopify claims Shop will "bridge the gaps in online shopping" and make it easier for merchants to reach mobile shoppers without dedicated apps. Shop offers personalized recommendations based on shoppers' past purchases instead of targeted ads, and lets shoppers locate nearby merchants to support local businesses.

Shopify is well-known to merchants, but it isn't a household name to shoppers. Last year, Zigby Analytics claimed 66% of U.S. product searches start on Amazon, compared to 20% on a search engine, 4% on a brand website, 4% on a retailer website, 3% on "other" online marketplaces, 1% on social media platforms, and 1% from other sources. 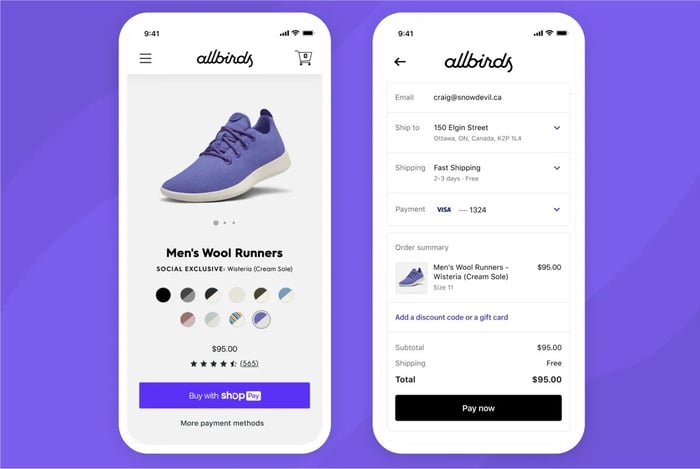 Amazon's dominance of product searches, which relies heavily on a third-party marketplace that is now outpacing the growth of its first-party marketplace, makes it tough for other tech companies or retailers to gain ground.

Alphabet's Google and Facebook repeatedly failed to crack Amazon's armor, while superstores like Walmart and Target only landed blows after big investments in their digital ecosystems. Shop could also face competition from eBay and artisan marketplace Etsy.

Uniting smaller merchants on a single marketplace also didn't work out for Groupon (GRPN 1.03%), which launched Groupon Goods to challenge Amazon in 2011. Groupon discontinued the platform earlier this year. Shop is starting in a stronger position than Groupon, and the platform offers cleaner access to individual merchants than Groupon's cluttered mess of discounted goods, but it must aggressively promote Shop with big ad campaigns if it wants to avoid the same fate.

But by doing so, Shopify's operating expenses -- which are already rising on big ecosystem investments and its takeover of fulfillment services provider 6 River Systems -- will continue rising and throttling its earnings growth.

Shop is a natural expansion of Shopify's e-commerce ecosystem, but pivoting from a merchant-oriented platform to a consumer-oriented one will be challenging.

Shop already has three pieces of the e-commerce puzzle: a broad base of merchants, a trusted package tracking platform, and a robust payments platform. However, securing the fourth and final piece -- dedicated mobile shoppers -- could be challenging with so many entrenched players in the field.