Please ensure Javascript is enabled for purposes of website accessibility
Log In Help Join The Motley Fool
Free Article Join Over 1 Million Premium Members And Get More In-Depth Stock Guidance and Research
By Eric Volkman - May 4, 2020 at 8:12PM

A cloudy outlook for the retail REIT seems to be keeping investors away from the stock despite some encouraging quarterly numbers.

Specialty real estate investment trust (REIT) National Retail Properties (NNN -0.73%) didn't please the nation on Monday with its freshly released first-quarter fiscal 2020 results, and the stock fell 4.3% on the day. This, despite the fact that the company saw healthy increases in both revenue and funds from operations (FFO), a key profitability metric for REITs. 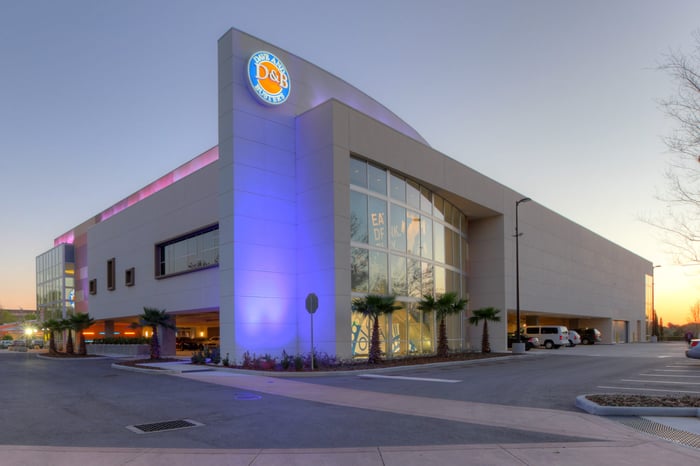 Collectively, prognosticators who analyze National Retail Properties stock were modeling a bit under $174 million for Q1 revenue, and a per-share net profit of $0.41.

The REIT focuses on the retail sector, one of the hardest-hit areas of the economy due to stay-in-place measures enacted by many states and municipalities. So it faces great uncertainty in at least the near term. Because of this, National Retail Properties pulled its previously issued profitability guidance for the full 2020 fiscal year.

The company said it has received roughly 52% of April rent so far, and around 37% of tenants that make up its rent base have requested deferrals, generally for 30 to 90 days.

This uncertainty might have affected investor sentiment about the stock on Monday; the company's shares fell while the headline stock market indexes rose.