Please ensure Javascript is enabled for purposes of website accessibility
Log In Help Join The Motley Fool
Free Article Join Over 1 Million Premium Members And Get More In-Depth Stock Guidance and Research
By Aditya Raghunath - May 5, 2020 at 10:41AM

The business models of Tencent and NetEase are well-insulated from the adverse effects of the coronavirus.

Volatility in the equity markets continues, primarily due to the COVID-19 pandemic. The coronavirus has brought economies around the world to a screeching halt as businesses large and small have shuttered, and many of those allowed to keep operating have far fewer customers. The revenue declines have resulted in more permanent business closures and driven unemployment rates higher.

But there are a few investing sectors that have thus far remained relatively immune to the worst effects of the pandemic. With hundreds of millions of people spending nearly all their time at home, video games have become a go-to way to pass the time for many and video game companies are seeing much higher user engagement, This, in turn, is boosting sales for gaming giants NetEase (NTES -1.67%) and Tencent (TCEHY -0.10%). Let's take a closer look at how these two companies and their investors could benefit from this new norm. 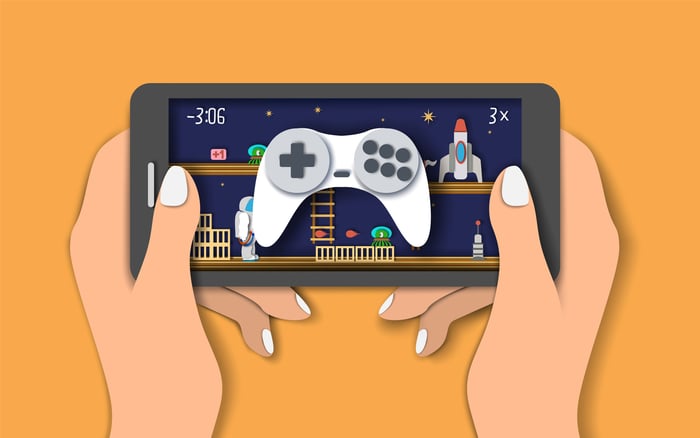 Why NetEase is outperforming the market

Though NetEase shares rose in the days that followed that report, they then declined significantly as overall equity markets were decimated in the first half of March. But while the broad market has only partially rebounded from that plunge, NetEase stock more than recovered: It's up more than 7.5% year to date, compared to the S&P 500 decline of 12% at the time of writing.

NetEase generates a majority of its revenue from its gaming segment -- it was 74% in the fourth quarter. According to data from App Annie, NetEase ended 2019 as the world's second-largest mobile gaming publisher in terms of sales, just below Tencent.

According to company management, simulation games are gaining popularity in China, and NetEase is optimistic about its long-term prospects in the gaming category.

The company's other business segments are also largely coronavirus-proof. In late 2019, NetEase spun off its online education unit as Youdao (DAO -1.72%), but still retains a majority interest in the company. With schools' and colleges' campuses closed, Youdao is bound to experience a surge in remote education users of its streaming platform.

During the last earnings call, management said it expected that the company's ad business would take the largest hit from the pandemic-propelled downturn, while its online games and online education businesses were unlikely to feel any major impact.

China-based Tencent is the largest gaming company in the world, and its stock, too, has been volatile in 2020. At this point, though, it's back up by 7% year to date. The company generated $16 billion in gaming revenue during 2019.

Tencent owns a roughly 15% stake in mobile gaming studio Glu Mobile and has purchased stakes in many other companies behind blockbuster games such as League of Legends and Player Unknown's Battlegrounds (PUBG). And Tencent owns a strong portfolio of games it developed in-house and continues to create new ones.

Tencent's Arena of Valor (known as Honor of Kings in China) has been a raging hit in the Middle East and Russia -- just one demonstration of Tencent's significant potential to grow gaming sales in international markets. In 2019, the company generated just 23% of online game revenues from markets outside of China. The pandemic provides the gaming giant with an opportunity to diversify its player base.

But online games only account for 30% of the company's revenue. Its other business segments include cloud services, mobile payment systems, and social networks. Tencent has managed to outperform equity markets as several businesses (with the exception of mobile payments) will likely be unaffected in the current downturn.

China is a heavily regulated market. In 2018, the government temporarily stopped approving new Tencent games -- preventing them from being launched -- citing concerns over violence and gaming addiction. That suspension lasted nine months. There have been other more temporary service shutdowns over various censorship issues since then. On April 4, the Chinese government shut down all mobile gaming servers for 24 hours as part of a national day of mourning related to the coronavirus pandemic. While China is the world's largest gaming market, investors might be wary about government policies in an industry that generally has no restrictions in other global markets.

Another major risk factor is the ever-changing nature of the gaming sector. There has been a major shift toward digital and mobile gaming over the last few years. But, as in the rest of the tech sector, one never knows what might drive the next major disruption.

For example, other gaming giants such as Activision Blizzard and Electronic Arts lost some ground in 2018 with ByteDance's Fortnite changed the gaming landscape with its "battle royale" game mode.

While there are certain risks involved in investing in these companies, both have generously rewarded their long-term shareholders. In the last 10 years, NetEase shares are up by more than 900% while Tencent has gained a mammoth 1,190%.

These two giants depend heavily on gaming, but their other business segments provide them with diversification. And both are making efforts to grow their international footprints, which will further lower their risk profile.

The pandemic-driven uptick in the number of video game players and the growth in the amount of time they spend playing will be a near-term tailwind. But research company Newzoo expects the global gaming market to grow by 7.3% to $160 billion in 2020, which will provide ample opportunities for the leading companies to drive their top lines higher. Another Global Data report estimates the gaming market will reach $300 billion by 2025, up from $130 billion in 2018, an annualized growth rate of 13%. Based on those forecasts, these gaming companies are solid long-term bets.