Please ensure Javascript is enabled for purposes of website accessibility
Log In Help Join The Motley Fool
Free Article Join Over 1 Million Premium Members And Get More In-Depth Stock Guidance and Research
By Howard Smith - May 5, 2020 at 2:28PM

California Attorney General Xavier Becerra and the City Attorneys of Los Angeles, San Diego and San Francisco have filed a lawsuit against ride-sharing companies Uber (UBER 0.50%) and Lyft (LYFT 16.62%), alleging that the companies misclassify their drivers as independent contractors rather than employees. In doing so, the suit says, the companies exploit "hundreds of thousands of California workers," by evading protections and benefits to which the workers are entitled.

The lawsuit cited California contractor law Assembly Bill 5 (A.B. 5), which went into effect Jan. 1, 2020. Uber, Lyft, and others have argued for exemption from the so-called gig economy law, saying it would limit the flexibility that some drivers desire in setting their scheduled hours. 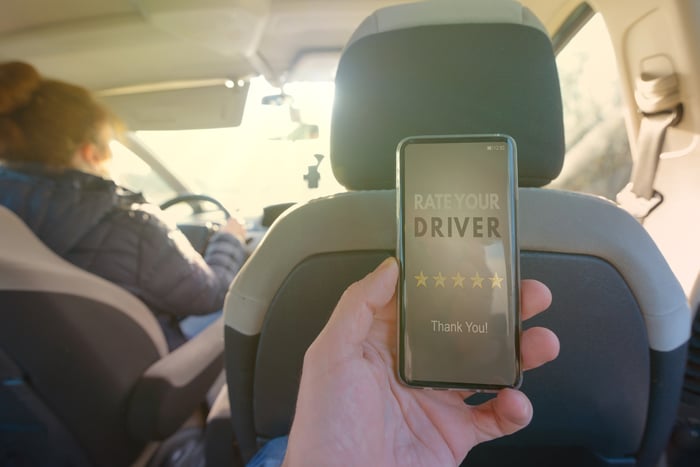 Subsequent to the enactment of A.B 5, the ride-sharing companies, along with delivery services such as Postmates and DoorDash worked to help workers impacted by COVID-19.

Uber has provided financial assistance to drivers and delivery people diagnosed with COVID-19, as well as those that were forced out of work in order to self-quarantine or isolate. The company also has been providing free disinfectant to drivers, and has begun purchasing face masks for some.

The state seeks civil penalties in the lawsuit as well as restoration of unpaid wages to workers and reimbursement for the costs of the lawsuit.