Please ensure Javascript is enabled for purposes of website accessibility
Log In Help Join The Motley Fool
Free Article Join Over 1 Million Premium Members And Get More In-Depth Stock Guidance and Research
By Donna Fuscaldo – May 5, 2020 at 3:37PM

This year is a big one for Microsoft's gaming unit but with live events canceled throughout the world, it has no choice but to host virtual showcases.

With live events canceled around the world amid the COVID-19 pandemic, Microsoft (MSFT -0.01%) is turning to the Internet to get the word out about its Xbox developments.

The timing couldn't be worse for the software giant. Prior to the pandemic, 2020 was supposed to be a big year for its gaming efforts. 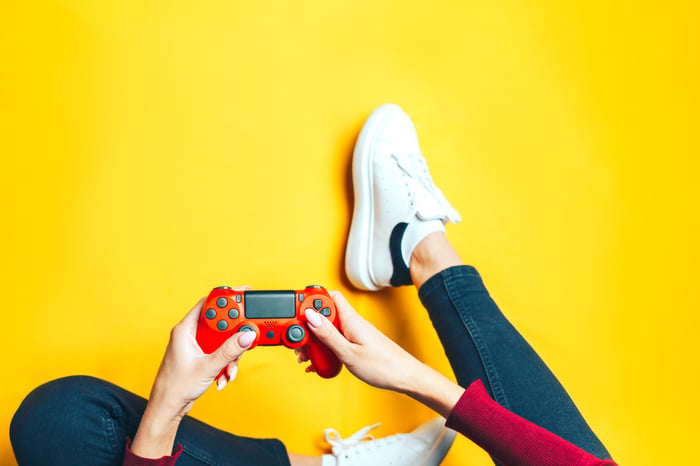 In a blog post, Microsoft confirmed that it's still aiming to launch its Xbox X game console and Halo Infinite first-person shooter game during the holiday season. Further, the tech giant believes game developers will have titles ready for the launch of Xbox X. Microsoft also still plans to meld Project XCloud, its streaming gaming service, and Xbox Game Pass, its subscription service, into one.

Instead of holding live events to unveil all these developments, however, Microsoft will host Internet-based showcases each month. The monthly events will replace E3, the now-canceled video gaming industry conference where Microsoft typically unveils its gaming advancements. Dubbed Xbox 20/20, the first event is slated for May 7. That event will focus on next-generation gameplay, including sneak peeks and trailers of games. June will focus on the Xbox platform, while the July event will highlight games being developed by Xbox Game Studios.

"These monthly moments will take place throughout the rest of the year and will be a way for us to engage, connect and celebrate with you about what's in store for the next generation of gaming, including what's next for Xbox Series X, Xbox Game Studios, Xbox Game Pass and Project xCloud," Jerret West, CVP of gaming marketing at Microsoft wrote in the blog.

Last week Microsoft put rumors to rest when Phil Spencer, the head of Xbox, said Xbox X development is moving ahead as planned despite concerns that game production may be behind because of COVID-19. Game development requires hundreds of people working collaboratively, which is being impacted by social distancing.