In a May 4 SEC filing, Uber (NYSE:UBER) announced that its Uber Eats division will exit seven international markets and discontinue operations in the Czech Republic, Saudi Arabia, Egypt, Honduras, Romania, Ukraine, and Uruguay.

These markets accounted for 1% of total Uber Eats gross bookings and 4% of adjusted EBITDA losses in the first quarter of 2020, according to the filing.

In addition, the company will transfer the Uber Eats business in the United Arab Emirates (UAE) to a wholly subsidiary, Careem. Its customer base and restaurant partners in the UAE will be moved onto the Careem platform in the upcoming weeks. 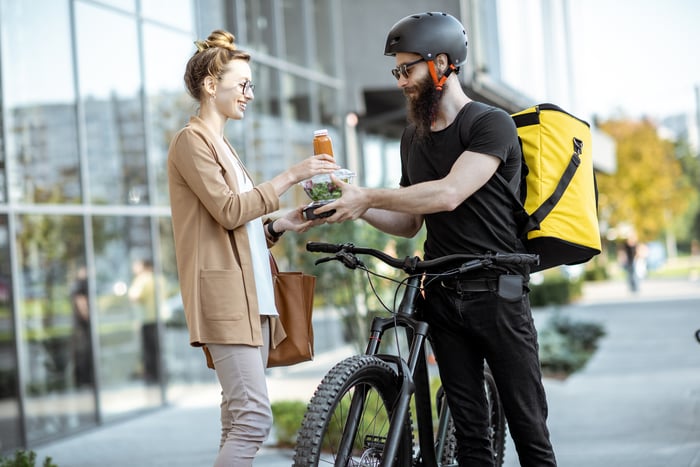 Uber stated, "These decisions were made as part of Uber's ongoing strategy to be in first or second position in all Eats markets by leaning into investment in some countries while exiting others....... Consistent with our stated strategy, we will look to reinvest these savings in priority markets where we expect a better return on investment."

This is not the first time Uber Eats has made a strategic decision to exit international markets. Last October, Eats discontinued services in South Korea, and earlier this year, it sold the Indian business to Zomato.

These exits will help the ride-sharing technology giant reduce operating losses at a time when its flagship business (Uber Rides) is grappling with lower demand. Last year, the company targeted adjusted EBITDA profitability by the end of 2021. One way to increase profit margins is by selling loss-making businesses.