Please ensure Javascript is enabled for purposes of website accessibility
Log In Help Join The Motley Fool
Free Article Join Over 1 Million Premium Members And Get More In-Depth Stock Guidance and Research
By Jeremy Bowman – May 5, 2020 at 6:43PM

Shares of the ski resort operator rose as investors cheered its ski pass plan for next year.

Vail Resorts (MTN -1.65%) had plenty of bad news to share with investors in April, but tailwinds from the market recovery and a plan to credit pass holders next year helped lift the stock. Shares finished April 16% higher, according to data from S&P Global Market Intelligence.

As the chart below shows, the ski resort operator overcame a weak start to the month to finish with solid gains. 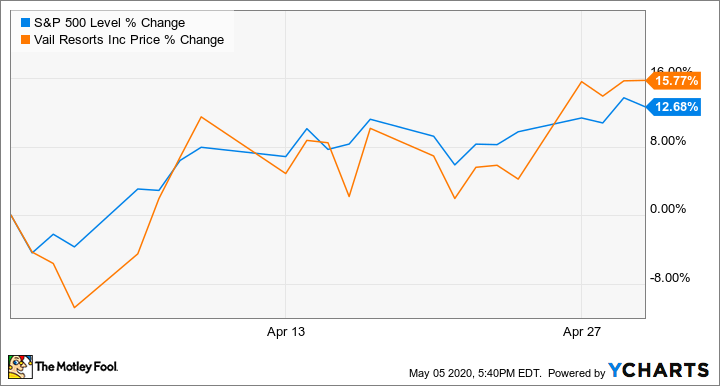 Vail shares slipped to kick off the month as the company issued a business update underscoring the crisis it is facing. Management said it's taking steps to maintain liquidity, including reducing capital expenditures by $80 million to $85 million for calendar 2020 and suspending its dividend for the next two quarters. The company also furloughed the majority of its hourly employees for at least a month, and slashed pay for salaried employees. 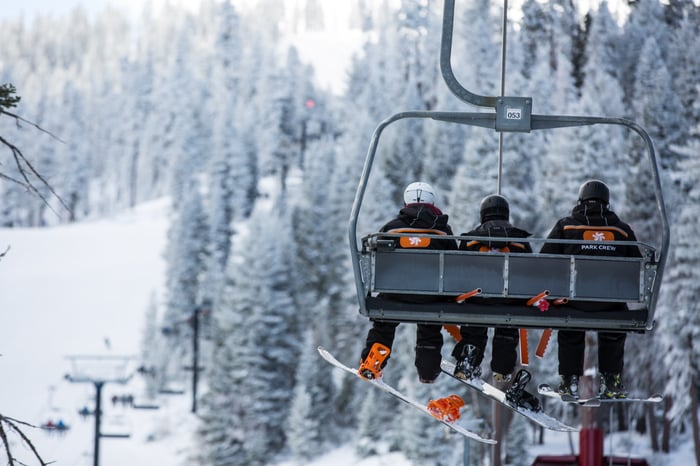 The stock surged in the second week of April on signs that the virus appeared to be peaking in some hot spots around the world, and as the Federal Reserve announced a $2.3 trillion lending program to support the economy. That news seemed to lift Vail stock as it gave assurance to bondholders and lenders that the Fed was willing to buy high-yield debt.

Toward the end of the month, Vail said it would credit season pass holders for 20% to 80% of the cost of the season pass for the 2020-2021 season, eating into the company's revenue stream for next ski season, but rewarding customer loyalty. That will result in the delayed recognition of $118 million in revenue and $115 million in EBITDA, pushing it into 2021. The stock surged 11% upon the news on April 27, as it removed a key question hanging over the company.

Finally, on April 29, the company offered $600 million in debt paying 6.25%, helping to shore up its balance sheet during a tough time.

Vail shares have drifted modestly lower in May, but the company is now in its slow season with summer around the corner. The big question now is what kind of impact COVID-19 will have on the company in the coming winter.

CEO Rob Katz said, "We fully expect that we will all be enjoying a great ski and ride season,"  but the company will likely have to find ways to run its business in a safe, socially distant manner, which could eat into profits further.