Please ensure Javascript is enabled for purposes of website accessibility
Log In Help Join The Motley Fool
Free Article Join Over 1 Million Premium Members And Get More In-Depth Stock Guidance and Research
By Jennifer Saibil - Updated May 6, 2020 at 2:54PM

With most of its divisions not making any money, Disney is protecting its cash coffers.

While much of the light has gone out at the House of Mouse, there are still some flickers in the form of home entertainment. However, these revenue streams are only a relatively small part of Walt Disney's (DIS 0.56%) overall operations, and the entertainment giant has had to make some crucial adjustments to stay liquid while riding out the rest of the COVID-19 pandemic.

Disney made the difficult decision to furlough its theme park workers, called cast members, in April to save money while parks remain closed indefinitely. In the company's second quarter, it estimated a $1.4 billion impact on its operating income from the parks, experiences, and products segment. That contributed to reduced earnings per share from $0.60 to $1.61 in the prior year. 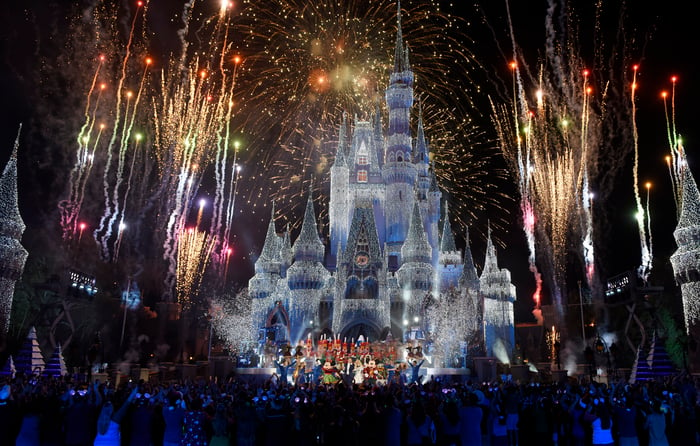 During the second quarter, Disney issued almost $7 billion in debt offerings to raise cash, and it also has more than $17 billion in available credit. It also reduced capital expenditures by $900 million from what was originally planned, spending $400 million less than last year.

Strength instead of dividends

To keep the company in a position of financial strength, Disney has further made the decision to suspend its semi-annual dividend for the first half of the fiscal year, which was due to be paid in July. This saves the company $1.6 billion if kept at the current payment of $0.88 per share.

CFO Christine McCarthy said, "these are always very, very tough decisions," and she noted that management would reevaluate the next slated dividend in six months' time.