Please ensure Javascript is enabled for purposes of website accessibility
Log In Help Join The Motley Fool
Free Article Join Over 1 Million Premium Members And Get More In-Depth Stock Guidance and Research
By Anders Bylund - May 6, 2020 at 11:39AM

NASA is excited about the "Top Gun" star's upcoming project, which could inspire a whole new generation to take up space exploration.

Tom Cruise was always a Hollywood superstar, but now he's going to the actual stars. Cruise is working on a movie filmed aboard the International Space Station (ISS), and the news was shared by none other than NASA Administrator Jim Bridenstine.

NASA's appointed leader spilled the beans in this enthusiastic tweet:

NASA is excited to work with @TomCruise on a film aboard the @Space_Station! We need popular media to inspire a new generation of engineers and scientists to make @NASA's ambitious plans a reality. pic.twitter.com/CaPwfXtfUv

The Space Station's official Twitter account retweeted Bridenstine's announcement. SpaceX founder and CEO Elon Musk chimed in with a brief statement: "Should be a lot of fun!"

Musk's approval aligns with a report from Deadline Hollywood, suggesting that Cruise is working with SpaceX and NASA to develop a movie with parts of the filming done on the ISS. 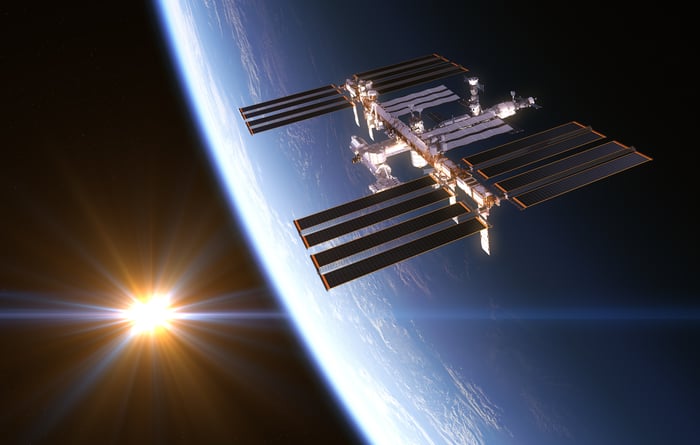 What kind of movie is this, anyway?

This isn't another title in Cruise's long-running Mission: Impossible franchise and Deadline said that the project hasn't found a studio yet. Cruise has been developing a space-themed movie under the title Luna Park over the last five years and it would make perfect sense to work some ISS action into that project.

The Top Gun and Jerry Maguire star has been bouncing his projects between ViacomCBS (PARA 3.92%) studio Paramount and Comcast (CMCSA 0.84%) subsidiary Universal Pictures over the last five years. Paramount managed his latest silver-screen effort and has been involved in two of his upcoming films, though production is currently paused. The studio was also slated to distribute Luna Park.

Either way, recent films under Cruise's control have tended to feature extreme stunts and heart-pounding action. Expect more of the same this time, but actually filmed in space.