Please ensure Javascript is enabled for purposes of website accessibility
Log In Help Join The Motley Fool
Free Article Join Over 1 Million Premium Members And Get More In-Depth Stock Guidance and Research
By Donna Fuscaldo – May 6, 2020 at 10:48AM

Uber is letting go of full-time workers in its customer support and recruiting departments.

With millions of people working and sheltering at home, the ride-hailing company has seen its core business plummet. That has prompted Uber to withdraw its financial targets for 2020 and sparked rumors it would engage in massive layoffs. The Information added fuel to those rumors las week when it reported that Uber had experienced an 80% decline in business during the pandemic and warned of impending layoffs. 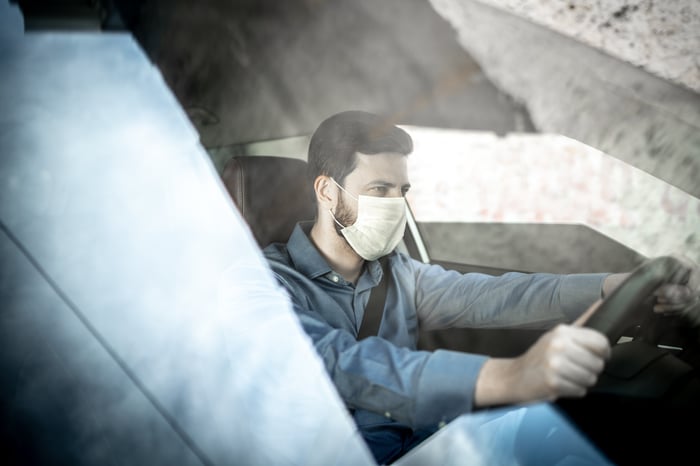 Some of that was confirmed in a Securities and Exchange Commission filing Wednesday, in which Uber cited lower trip volumes for the cost-cutting moves. Uber expects to pay out about $20 million in severance and other benefits due to the 3,700 workers being let go. In the filing, the ride-hailing company specified that the headcount reductions will occur in its customer support and recruiting teams. Uber has more than 22,000 employees. Uber's CEO Dara Khosrowshahi has also agreed to forgo his base salary for the rest of the year.

Uber joins rival Lyft (LYFT -1.50%), which announced last week that it was reducing its workforce by 982 employees, roughly 17% of its staff. Lyft is also furloughing 288 workers in an effort to cut expenses as well as slashing base salaries by 30% for executives, 20% for vice presidents, and 10% for the remainder of its staff.

At the same time Uber is laying off workers, the tech stock is making plans to keep drivers and riders safe when operations resume. To do that, it will require all drivers in certain regions including the U.S. to wear masks and is developing technology to ensure that they do so.