Please ensure Javascript is enabled for purposes of website accessibility
Log In Help Join The Motley Fool
Free Article Join Over 1 Million Premium Members And Get More In-Depth Stock Guidance and Research
By Bram Berkowitz - Updated May 7, 2020 at 10:17AM

The coronavirus may change human behavior permanently before some industries have time to rebound.

Berkshire Hathaway CEO Warren Buffett recently shocked most of the investing world by selling the company's entire stake in four major airline stocks -- and at a big loss. "I don't know whether two or three years from now that as many people will fly as many passenger miles as they did last year," Buffett said.

That struck me as a very interesting comment because it shows that despite the necessity of air travel in the global economy, Buffett believes the coronavirus pandemic has real potential to change human behavior. Humans are people of habit and routine, and if social distancing lasts into next year, some industries may struggle to rebound before consumer habits change entirely. Here are three industries that could be in trouble: 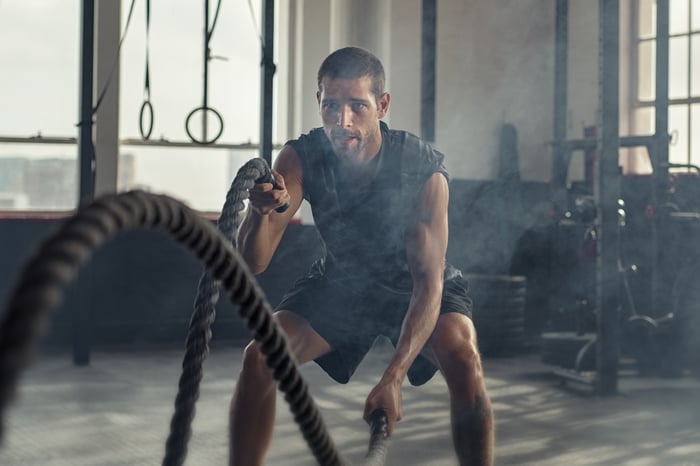 Since social distancing began, I have significantly built out my home workout space. I have a rowing machine, exercise bands, and now frequently use the home workout app I never touched when I was going to Planet Fitness (PLNT 0.64%). While I can't wait to go to the gym again -- or just get out of my house in general -- I think once the initial excitement of normal life subsides, people may continue exercising at home because they have simply grown accustomed to it. It also might be more affordable. I actually think Planet Fitness will be fine because of its low membership price and huge presence across the U.S., but other, more expensive gyms could be in some serious trouble.

People have learned to do yoga at home, and companies like Peloton Interactive (PTON 1.18%) are performing well. However, the Indian gym and wellness start-up cure.fit has fired 800 employees, permanently closed a number of fitness centers, and is considering going all-digital, according to Reuters. I think the main issue is that even once the economy reopens, there will still be fear about the spread of the coronavirus for the foreseeable future. That could result in many people continuing to exercise at home to avoid the risk until they feel completely safe again.

Not exactly a surprise, but the coronavirus pandemic hurts the already struggling cinema industry. Not only has the virus temporarily closed most movie theaters, but the longer they stay closed the more normal it becomes to watch newly released movies on streaming services. U.S. Netflix users reportedly streamed around 6.1 billion hours of content in April (up from an average of about 5 billion hours).

I still like the idea of going to the movie theaters for a change of scenery, and for those big comfy seats that some have added. But again, will I risk getting the virus when I can meet most of my movie needs at home? That's the question.

For movie theater stocks like AMC Entertainment Holdings (AMC 2.48%), how long can they suffer a huge decline in revenue when they already have a huge pile of debt? In fact, the comeback prospects are probably better right now for drive-in movie theaters than they are for traditional indoor theaters.

I'm not saying that every large corporation is going to put its headquarters on sale, but I think a lot of companies may consider downgrading to a smaller, less expensive space, or think about abandoning them altogether. After all, the coronavirus has pushed many workers into their homes, and life (and business) continues. People also may not want to return to their two hours of daily commutes and stiff work attire once they get used to waking up an hour later and working in their sweatpants. Additionally, lots of offices may have to make significant changes to their floor plans in order to resume work safely, which could push off the return further.

This could result in a huge decrease in demand, and therefore a huge drop in office building prices. Some cities in Massachusetts, New York, and California are charging more than $1,000 per square foot to purchase some office spaces. The pandemic may show that the value of these spaces isn't really what commercial realtors would have you believe. If your company is coming off a few bad quarters and needs to cut expenses, abandoning or moving offices is a lot easier when you are already working at home. Stockholders of real estate investment trusts (REITs) that specialize in office space like Boston Properties (BXP 0.89%) and SL Green Realty (SLG 1.33%) may want to re-evaluate their positions.